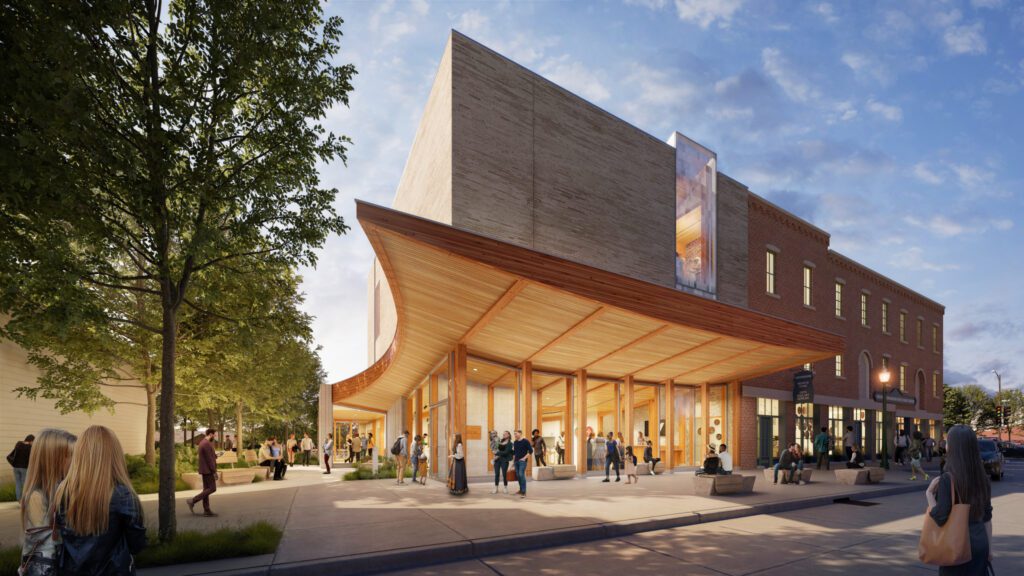 The Commons, Vesterheim’s new building project, is now a featured project on Snøhetta’s website! This building is part of a master plan that Snøhetta completed for Vesterheim in 2019.

Learn more about the project in the Snøhetta article here.

For more than 30 years, Snøhetta has designed some of the world’s most notable public and cultural projects. Snøhetta kick-started its career in 1989 with the competition-winning entry for the new library of Alexandria, Egypt. This was later followed by the commission for the Norwegian National Opera and Ballet in Oslo, and the National September 11 Memorial Museum Pavilion at the World Trade Center in New York City, among many others.

Since its inception, the practice has maintained its original transdisciplinary approach, and integrates architectural, landscape, interior, product, graphic, digital design and art across its projects. The collaborative nature between Snøhetta’s different disciplines is an essential driving force of the practice.

The practice has a global presence, with offices spanning from Oslo, Paris, and Innsbruck, to New York, Hong Kong, Adelaide, and San Francisco.

Vesterheim is grateful for Snøhetta’s guidance and expertise.

It is only because of support from hundreds of friends like you that it is possible for Vesterheim to plan for its bold and exciting future. We want YOU to be part of Vesterheim’s bold future. Find out more about the campaign and how you can participate here.

Previous Post
Thank You for Your Generous Gifts in 2022