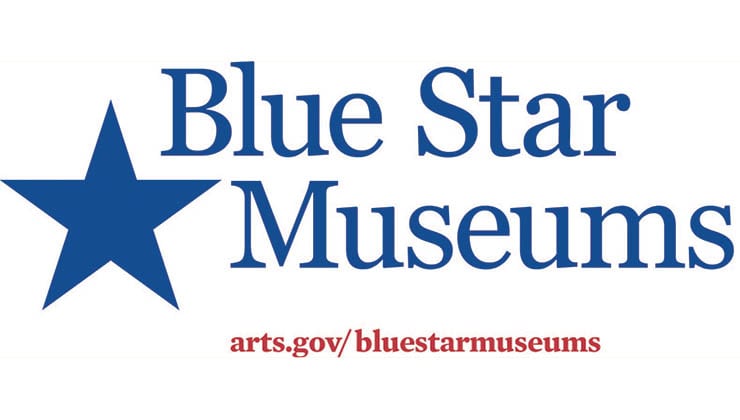 From Memorial Day through Labor Day, Vesterheim offers free admission to all active duty military personnel and their families, including National Guard and Reserve, through the Blue Star Museums program, a collaboration among the National Endowment for the Arts (NEA), Blue Star Families, the Department of Defense, and museums across America.

Vesterheim is proud to join more than 2,000 museums in all 50 states in thanking military personnel and their families for their service and sacrifice. Vesterheim welcomes them to explore immigrant history and folk art through the lens of Norwegian Americans and hopes many families will take advantage of this summer program. The free admission program is available to any bearer of a Geneva Convention common access card (CAC), a DD Form 1173 ID card (dependent ID), or a DD Form 1173-1 ID card, which includes active duty U.S. military—Army, Navy, Air Force, Marines, Coast Guard, as well as members of the National Guard and Reserve, U.S. Public Health Service Commissioned Corps, NOAA Commissioned Corps—and up to five family members.

Established by Congress in 1965, the NEA is the independent federal agency whose funding and support gives Americans the opportunity to participate in the arts, exercise their imaginations, and develop their creative capacities. Through partnerships with state arts agencies, local leaders, other federal agencies, and the philanthropic sector, the NEA supports arts learning, affirms and celebrates America’s rich and diverse cultural heritage, and extends its work to promote equal access to the arts in every community across America. Visit arts.gov to learn more about NEA.