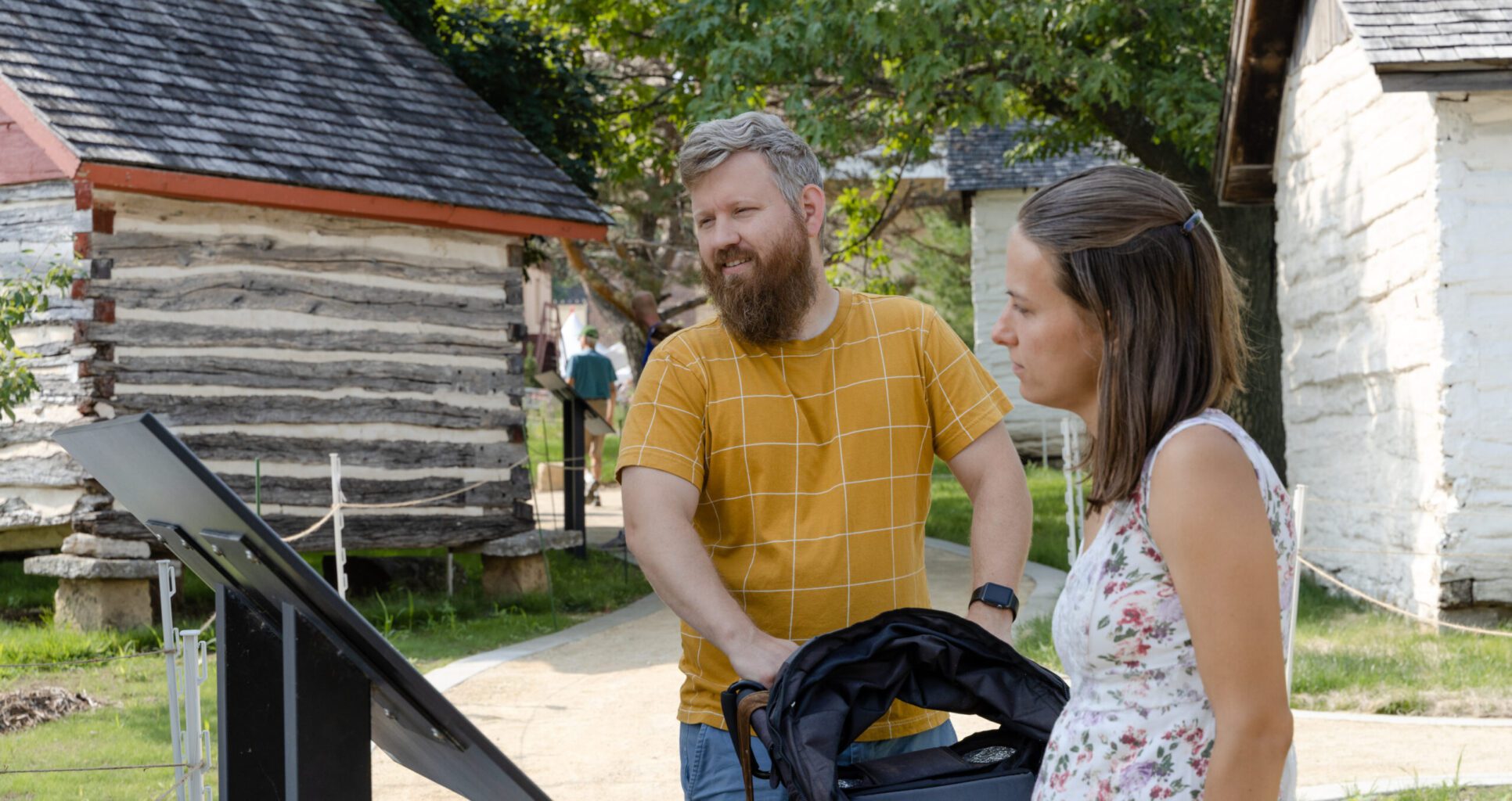 Planning Your Visit to Vesterheim

Exploring Vesterheim’s Main Building with its four floors of incredible artifacts is a delight. Wandering at your own speed, you can linger for as long as you wish at your favorite pieces.

From May 1- Oct. 31, enjoy a guided tour of the museum’s Heritage Park – scheduled daily at 1:30 p.m. (Please call ahead to confirm in case of tour change.) Find out more about Heritage Park here.

For more detailed information on Vesterheim’s hours, admissions, parking, and more take a look at the Visit page.

Decorah is a great place to visit. It’s a warm and vibrant town that makes a perfect getaway from the hustle and bustle of everyday life. The surrounding Winneshiek County is nestled in the midst of towering bluffs and beautiful scenery, offering plenty of outdoor recreation, cultural and historic venues with numerous events and festivals, plus a thriving artist community.

Find complete information about everything Winneshiek County and Decorah have to offer at Visit Decorah. Learn more about the whole Northeast Iowa area at Northeast Iowa.

Decorah was featured in Smithsonian Magazine’s annual list of the 20 best small towns to visit in America, as well as being named in Forbes “America’s Prettiest Towns” list and Best Choice Reviews 50 Best Small Town Downtowns in America.

Be sure to come for Nordic Fest, celebrating all of the wonderful community spirit of Decorah and its Scandinavian heritage, held each year on the last full weekend in July!

Round out your visit to Vesterheim with a stroll through Decorah’s thriving and charming downtown, a delicious meal at one of the area’s wonderful restaurants, and a stay in Decorah’s historic or modern hotels and B & Bs.

Whatever the season—your stay is sure to be unforgettable!

Some great outdoor attractions in the area include:

The Trout Run Trail, an 11-mile biking, walking, and running trail that loops the town

The Upper Iowa River, with opportunities for canoeing and inner tubing, or just strolling along

Numerous scenic parks with streams, springs, and waterfalls; trails for biking, walking, and skiing; and even playground equipment for kids

Extend your visit to Vesterheim and tour the area’s many great attractions, including:

Fantastic art galleries throughout the county

Many venues for lots of live music

The "Must Sees" of Vesterheim

It could easily take a whole day or more to see everything at Vesterheim. If you are short on time, you won’t want to miss these standouts on any Vesterheim tour, but fair warning—there will be a lot of other wonderful things on the way that may distract you. You can view these objects within one hour. 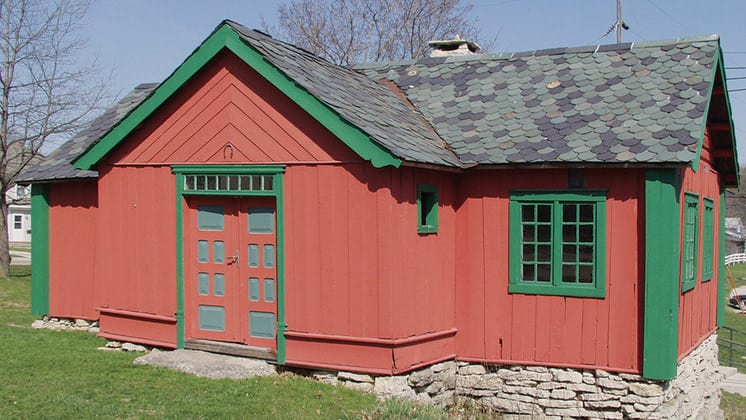 Vesterheim’s Heritage Park
Even if you are unable to attend the guided tour, it is worth wandering the grounds and reading the placards outside each of the 12 buildings.

Nisse Statue
An impish nisse, made of concrete, that was made in 1954 by Halvor Landsverk, a well-known wood carver and sculptor from Whalen, Minnesota.

The 99th Infantry Battalion Display
This special battalion, which was activated in 1942, consisted of 1000 Norwegian-Americans who were trained to liberate Norway from Nazi control.

The Lars Christenson Altar
Christenson began carving this altar in 1890. Ten years later, when the altar was completed, the congregation for which he carved it did not accept it. One theory is that it varied too much from the more popular style of the time. The church subsequently burned, but the altar did not since it continued to be stored at Christenson’s farm.

Norwegian House
This house is a model of a rural Norwegian home from the mid-1800s in the Telemark region of Norway.

The TradeWind
This 25-foot sailboat, the smallest known sailboat to have crossed the Atlantic Ocean without assistance, was sailed by two brothers who left Kristiansand, Norway, on March 27, 1933, and arrived at the World’s Fair in Chicago by August 29, 1933.

Refrigerator Door with Rosemaling
A door painted by Per Lysne on location in the St. Paul home of Eleanor Ericson in 1939. Lysne was a decorative painter who was originally from the Sognefjord area of Norway.

Dragon-style Carved Drinking Horn
A drinking horn carved by Lars Kinsarvik (1846-1925), a major figure in the revival of dragon-style carving, which became popular after the excavations of the Viking burial ships in the late 1800s in Norway.

Bridal Crown
A silver traditional bridal crown that dates to the 1700s.

Is there something you are especially interested in seeing at Vesterheim? With a collection of over 33,000 artifacts, many of Vesterheim’s objects are in storage, but we’d like to make sure you have access to your special piece.

If you have a specific viewing request, please contact Vesterheim before you visit to assure access to the collection items you would like to see or study most. Viewing requests can be sent to info@vesterheim.org or 563-382-9681. Two weeks notice is preferred. 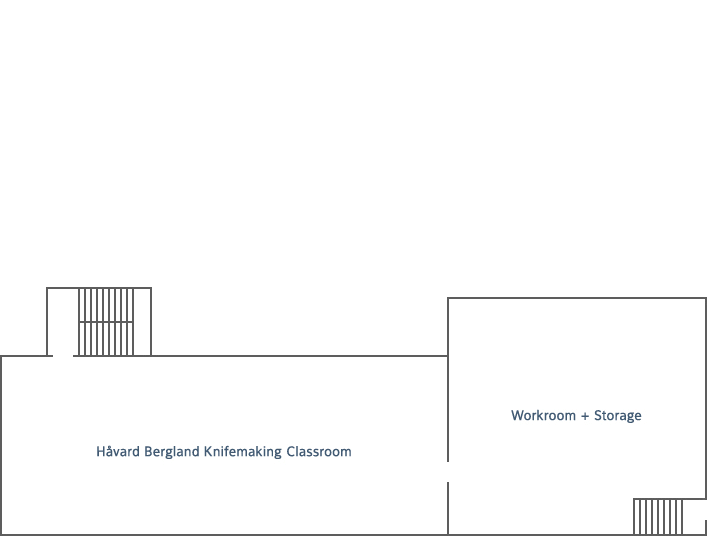 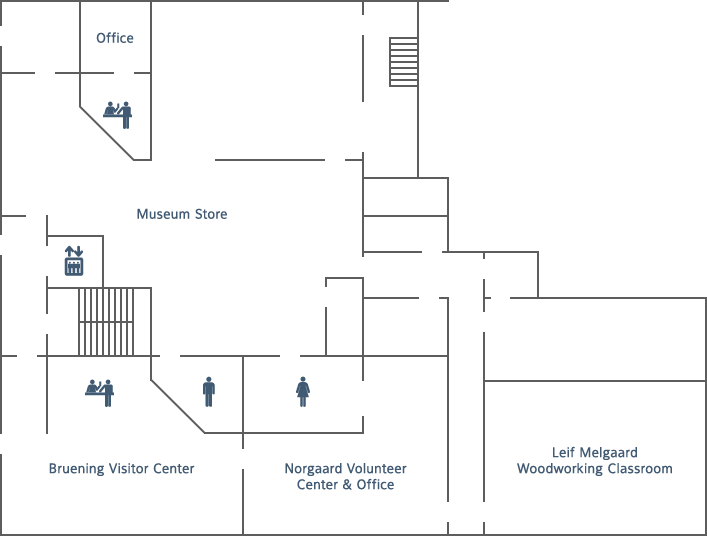 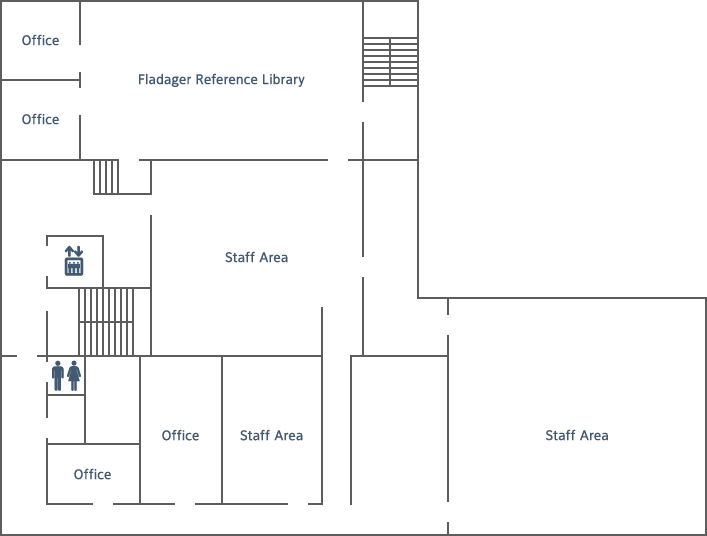 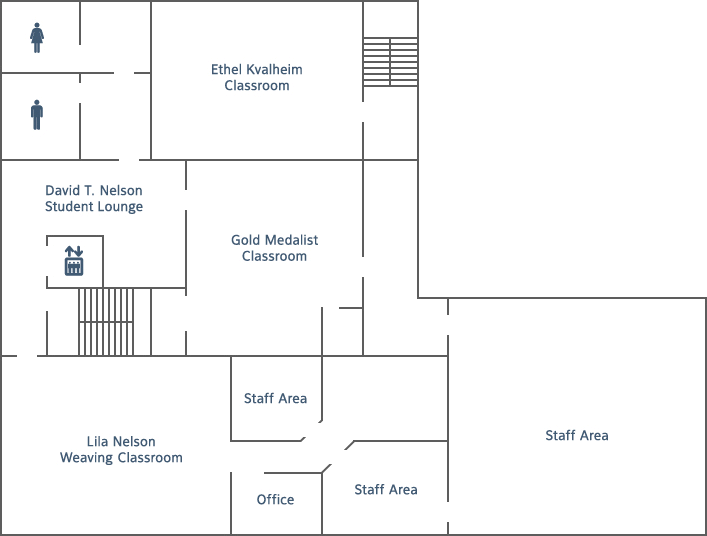