2019 Heritage Tour to Norway: Exploring a Thousand Years of History

Vesterheim’s 2019 “Heritage Tour: Explore a Thousand Years of Norway,” traveled through Norway’s history from June 20-July 2 with a fantastic group of 35 people.

We began with the Vikings, of course. The first day out, our amazing Norwegian guide Knut Werner-Hagen took us to Tønsberg to be the crew on board a replica of the Viking Ship, SAGA Osaberg. Then we visited the Borre mounds at Midgard Viking Center, the largest collection of monumental burial mounds from the Viking era – over 50 of them. And we had a primitive dinner in the Viking Hall, a royal longhouse.

Throughout this immersive tour, we studied King Olaf, the Reformation, copper mining, occupation, emigration, the Norwegian constitution, WWII, and so much more. There were lessons on battles, royalty, Nordic languages, civil war, the Black Plague, geography, music, art, and literature! Plus fjords and farmland and blooming flowers.

We stopped at so many iconic and out-of-the-way places. We found the site of the Frostating, where the area counties came together in the 1200s to remember their laws and settle disputes. We visited the nuns at Tautra monastery and toured the Nideros Cathedral.

We spent a day on the road, where we followed the Gloma River from Røros, then crossed over the mountains, and down the Gudbrandsdal Valley. Through literature, paintings, and music, Knut told us about the importance of nature to Norwegians. We learned about the poet and journalist Aasmund Olavsson Vinje, who traveled and wrote about the area we were in. We stopped at the site that inspired Norway’s famous mountain painting, “Winter Night in the Mountains” by Harald Sohlberg. We listened to music by Grieg, among others, and Knut read us part of “Per Gynt” by Ibsen, as we gathered above the tree line near the location of the first scene in the play.

Another perk of traveling to Norway with Vesterheim—If you’re learning about the signing of the Norwegian constitution in 1814 at Eidsvoll manor and you happen to be at Eidsvoll on the same day that Norway’s Prime Minister Erna Solberg and Storting President Tone Wilhelmsen Trøen are touring, they stop and give a greeting! Of course, we had a fantastic tour from the museum director Bård Frydenlund, among others.

We made two WWII visits—Oscarsborg Fortress in the Oslo Fjord and the hydro power plant in Rjukan, both sites of major events during the war. Not only did we learn about the sinking of the German cruiser Blucher at Oscarsborg and the sabotage of Germany’s heavy water supply at Rjukan, but we also found out about the background and earlier history of both of these places. It was special to hear stories about the heavy water sabotage from Knut, who personally knew most of these war heroes and had heard their experiences directly from them.

It was hard to say goodbye—to Norway and to our new friends. Look for this tour to be offered again with Knut in 2021! 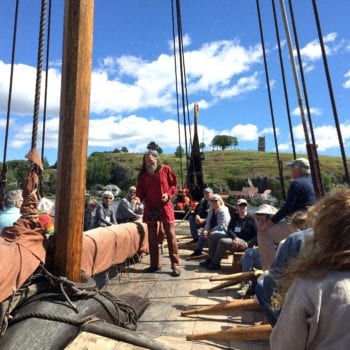 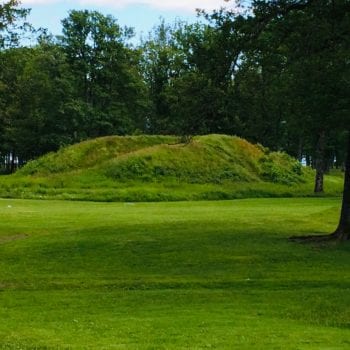 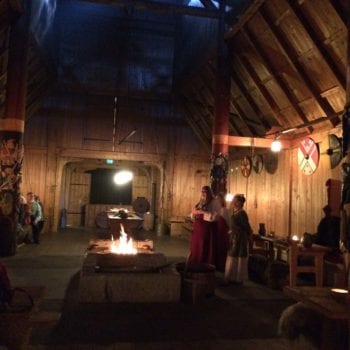 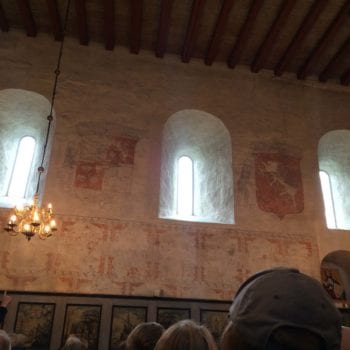 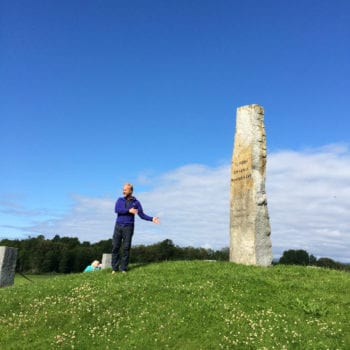 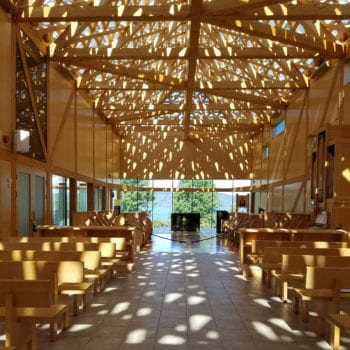 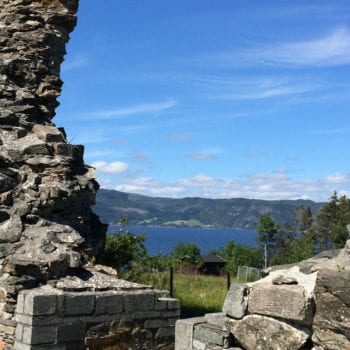 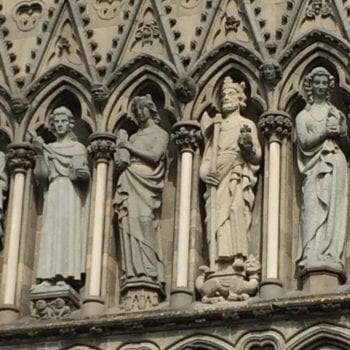 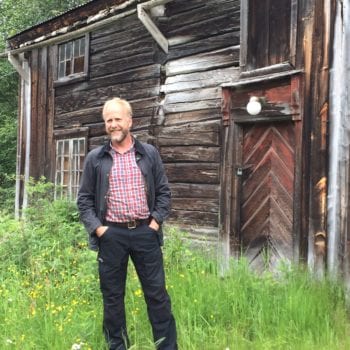 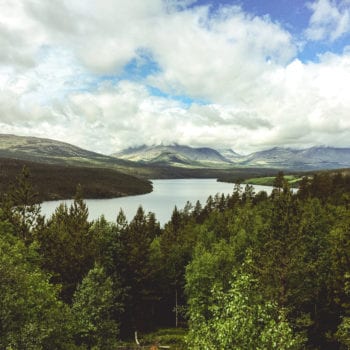 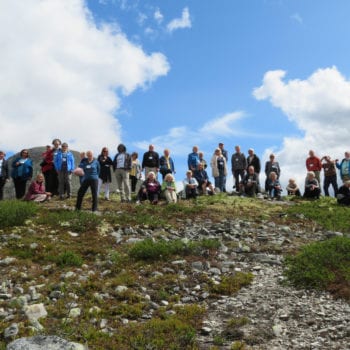 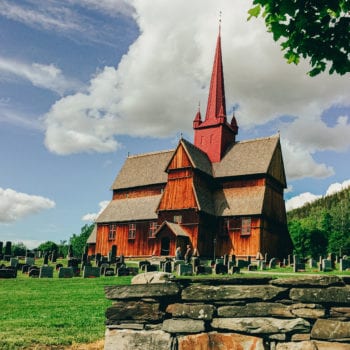 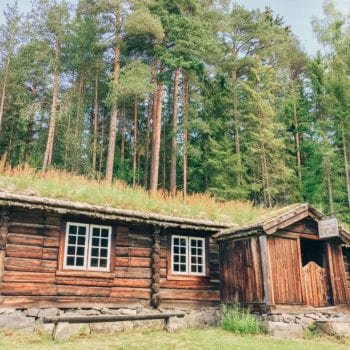 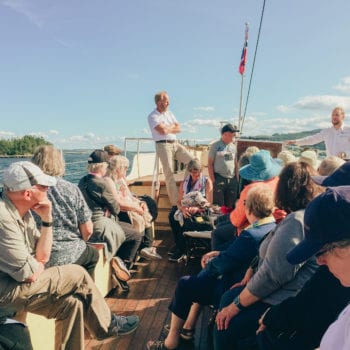 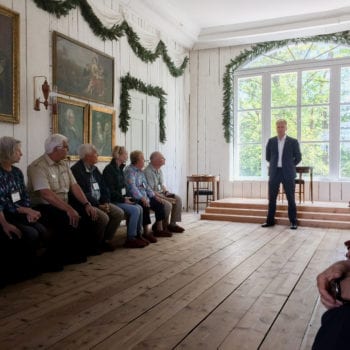 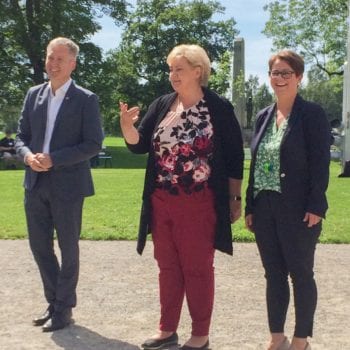 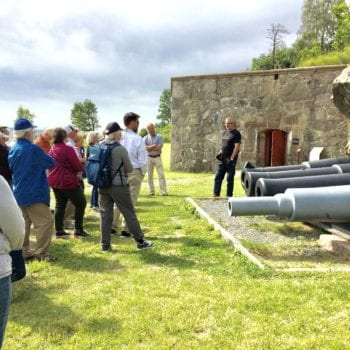 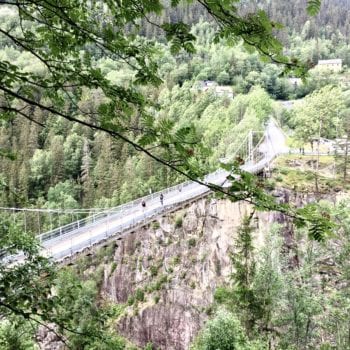 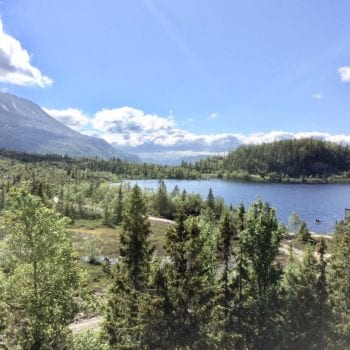 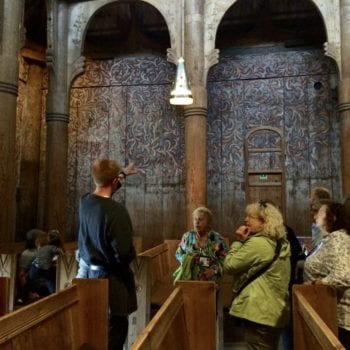 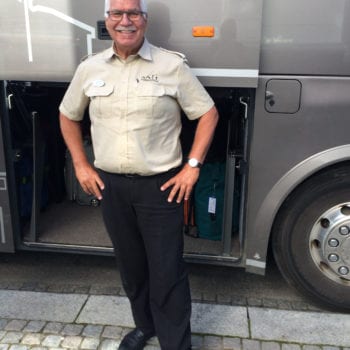