Father and son duo, Mike and Gerad Voltmer, are hands-on people. Mike started Voltmer, Inc., an electrical contracting company, 48 years ago while he was still a student at Luther College in Decorah, Iowa. In the early years of the business, Voltmer, Inc. had a retail showroom located directly across the street from Vesterheim. What started as Mike being neighborly and helping with some electrical work at the museum has led to a long and impactful relationship with Vesterheim.

In 1992, Mike joined Vesterheim’s board of trustees and eventually served as the board’s Vice President. During his seven-year-long tenure on the board, Mike’s role as a community leader and his commitment to the organization served to propel the museum’s mission forward. Notably, Mike helped with two royal visits by the King of Norway, and he was even awarded the St. Olav’s Medal during a visit. Mike said about his support for the organization, “Vesterheim is just a rock of the community. You have to support those entities. It’s really a corporate responsibility. You have to target what you want to support. Vesterheim’s cause is worthy and their mission is solid.”

About 10 years ago, Mike’s son, Gerad, returned home to join the family business after a career in the military and serving in Afghanistan. Today, Gerad leads Voltmer, Inc. as the company president, and the company has acquired a 25-acre site for a new 40,000-square-foot facility, which will allow for exciting growth. With the second generation at the helm of the business, Mike is able to take more of a mentorship role.

Gerad is also carrying on his family’s history of service and support to Vesterheim. Gerad’s aunt, Ruth Schultz, is Vesterheim’s current Board Chair, and Gerad’s mother, Joann Voltmer, was instrumental in starting Vesterheim’s Pioneer Immersion Program, an innovative cooperative effort between the museum and area schools. As part of the program, students create projects related to immigrant experiences and pioneer history. Voltmer, Inc. has been a supporter of the Pioneer Immersion Program since 2019. Gerad shared, “Any time you can take young people and give them skills outside of the classroom, that’s really valuable. I’m a hands-on kind of guy, so when I learned this is a hands-on program, I knew I wanted to be part of it.”

Mike and Gerad both applaud the museum’s ability to create interactive experiences with the museum collection, something achieved through programming and within the newly renovated Vesterheim Heritage Park. Mike recently gave a generous gift to name the Mill Street Portal of Heritage Park in memory of his longtime partner, Richelle Halverson. In recognition of their support, both Mike and Voltmer, Inc. are members of Kroneklubben, the museum’s “Crown Club” for lifetime gifts to Vesterheim.

Vesterheim extends a heartfelt thanks to Mike, Gerad, and Voltmer, Inc. for their community leadership and believing in the mission of the museum. Thanks to the ongoing support of friends like Voltmer, Inc., Vesterheim’s story and legacy continues for generations to come. 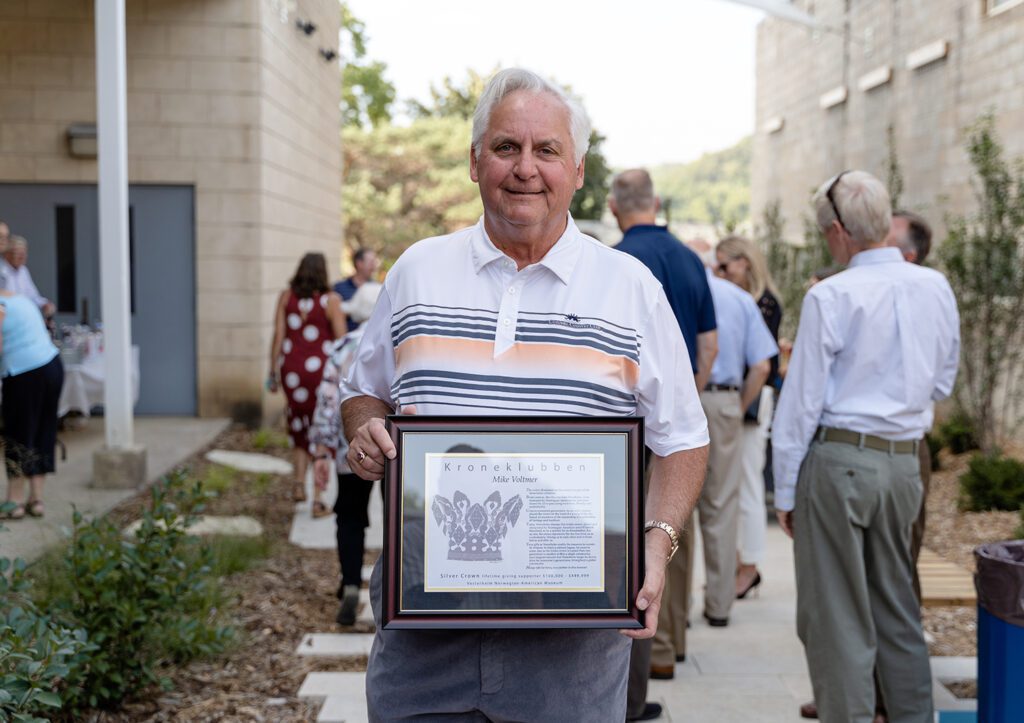 Mike Voltmer being presented with his Kroneklubben award for lifetime giving. 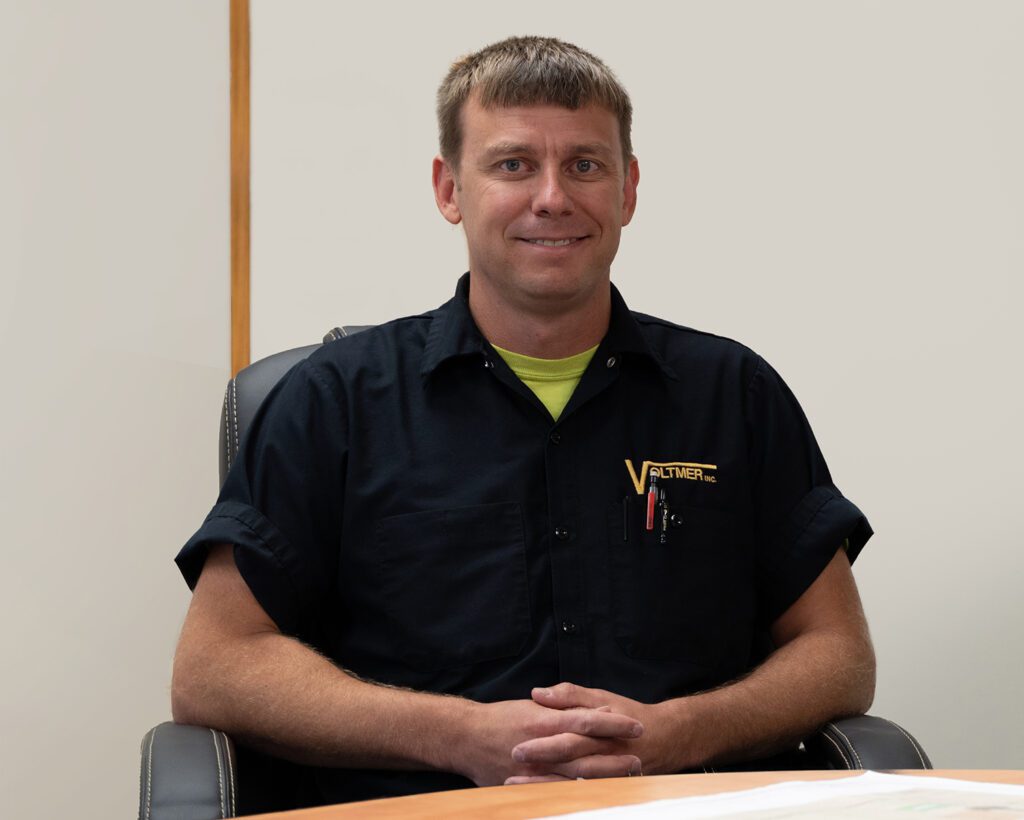