On November 11 and 12, Vesterheim welcomed photographer and National Geographic Explorer Erika Skogg to the museum to talk about the exhibit of her photography project, Scandinavian American: Photography by National Geographic Explorer Erika Skogg. Erika explained that when she returned to the Midwest years ago from National Geographic photography projects in far-off places like Morocco, she wondered what interesting culture she could find at home as a new focus. She realized that, while it seemed so familiar to her, the Scandinavian heritage of her childhood was fascinating to explore. She began reaching out to Scandinavian-American communities and making life-long connections as she documented their traditions.

One of the families in her photographs is the Spencer-Bergs, Norwegian-Americans who live in Decorah. Randi Berg introduced Erika at one of the gallery events at Vesterheim and below are Randi’s words of what her heritage means to her and the impact of Erika’s project in sharing it. Thank you to everyone who came out to help us welcome Erika back to Decorah!

If you haven’t seen it yet, we hope you will have the joy of visiting Erika’s exhibit to see how she has documented the ways Scandinavian-American are breathing life into their traditions.

I was born to a German mother and a Norwegian father. It was my mother who chose my very Norwegian name, Randi Kirsten Berg, and with that name I was marked for life as a Norwegian-American. My mother spent countless hours teaching me how to do klostersom and hardanger, to knit, to roll out lefse. It was my job to form the krumkake over the wooden cone and to dip the rosettes in sugar. And every Nordic Fest in Decorah, I would wear a child’s bunad and sweat as I marched in the barnetoget parade. I loved every minute of it and vowed that my own children would learn these traditions as well. It was just a little distressing to me then when I met and fell in love with a man who had no Norwegian in him whatsoever. In fact, he really didn’t identify with any particular cultural heritage and had no family traditions to speak of. I knew that if our children were to grow up with a cultural identity, it would fall on me to nurture it. And so we became a Norwegian-American family long before our children were even born. I was married in a Norwegian bunad and we had kransekake for our wedding cake.  We moved to Decorah where we raised our children on a diet of Highlandville dances, Norwegian foods, kicksleds in the wintertime and nisser at Christmas. My children grew up thinking this was a pretty normal way of life and assumed that families everywhere had similar traditions of their own. What a surprise it was to them when Erika Skogg announced that she would be coming to Decorah to photograph our family and others, to capture something unique, beautiful, something of interest to the wider world and of cultural significance beyond our little community. We carefully laid out my wedding bunad, which our daughter, Anna-Elisabeth, would wear and dusted off our immigrant trunks, found our kicksleds in the back of the garage. As I looked at these few belongings it somehow didn’t feel like it was enough. Our home didn’t feel Norwegian enough. I remembered that I had a four-by-five foot canvas in the basement and decided it was just the thing I needed to show how strong our ties to Norway were. I found some paint and painted a large Norwegian flag to hang on the wall, one that a visitor couldn’t possibly miss and that sent the clear message that this was a Norwegian home. I thought it was perfect. My children did not. They laughed, in fact, and told me it looked over-the-top and silly and that I had missed the point. They were right. I took the painting down, embarrassed, and painted over it. In my effort to show Erika that we were a Norwegian family, I had lost sight of the fact that our cultural heritage is not about what we have or display. Our heritage is in the things we do. We honor that heritage every time we pick up a kolrosing knife or a hardanger needle or dance the strekkbukser polka. We honor it when we recite the “I Jesu Navn” before a meal and say “takk for mat” after. We honor it when we tell our children and grandchildren troll stories before bedtime. We honored it when we sang Den Store Vide Flok at my father’s funeral and followed it with a feast of Norwegian foods that even included a “lefse bar.”

If you have the joy of viewing Erika Skogg’s exhibit you’ll notice that there is not a single photo of just a static object. Every image is alive, with people who are doing, people who are breathing life into these traditions. They are dancing, cooking, singing, carving, and yes, twirling in a mother’s wedding bunad. They remind us that our cultural heritage is not something we view passively, a painting on the wall, but it’s the things that we as living, breathing human beings do with and for each other. 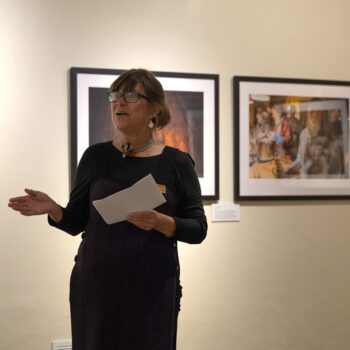 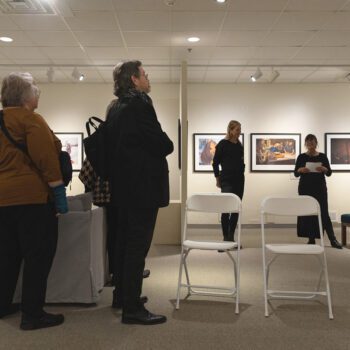 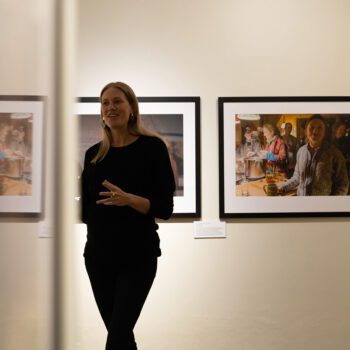 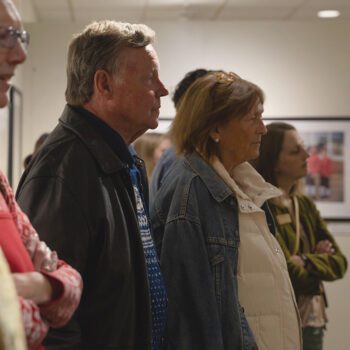 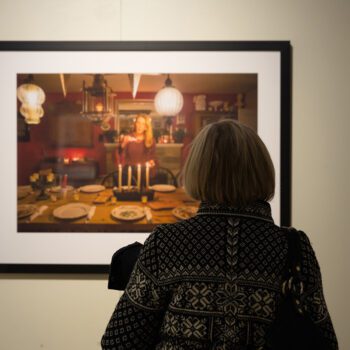 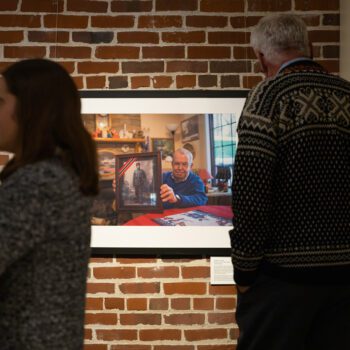 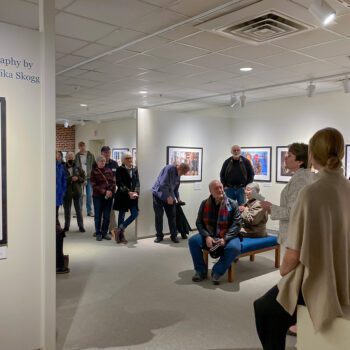 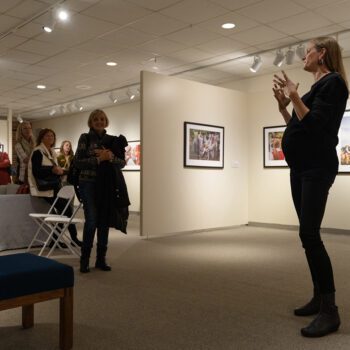 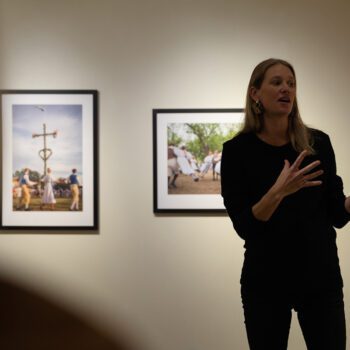 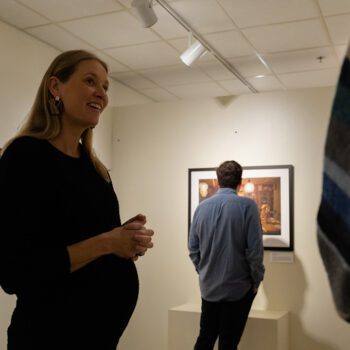 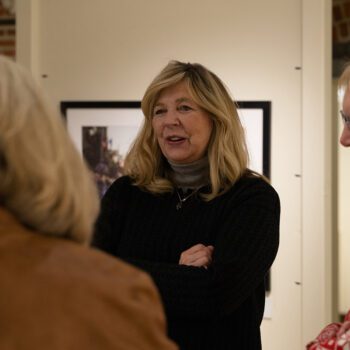 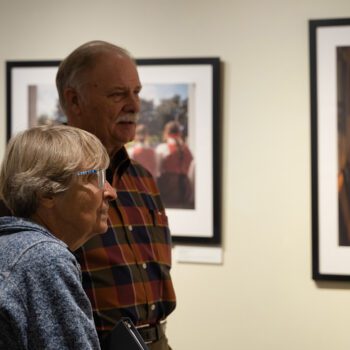