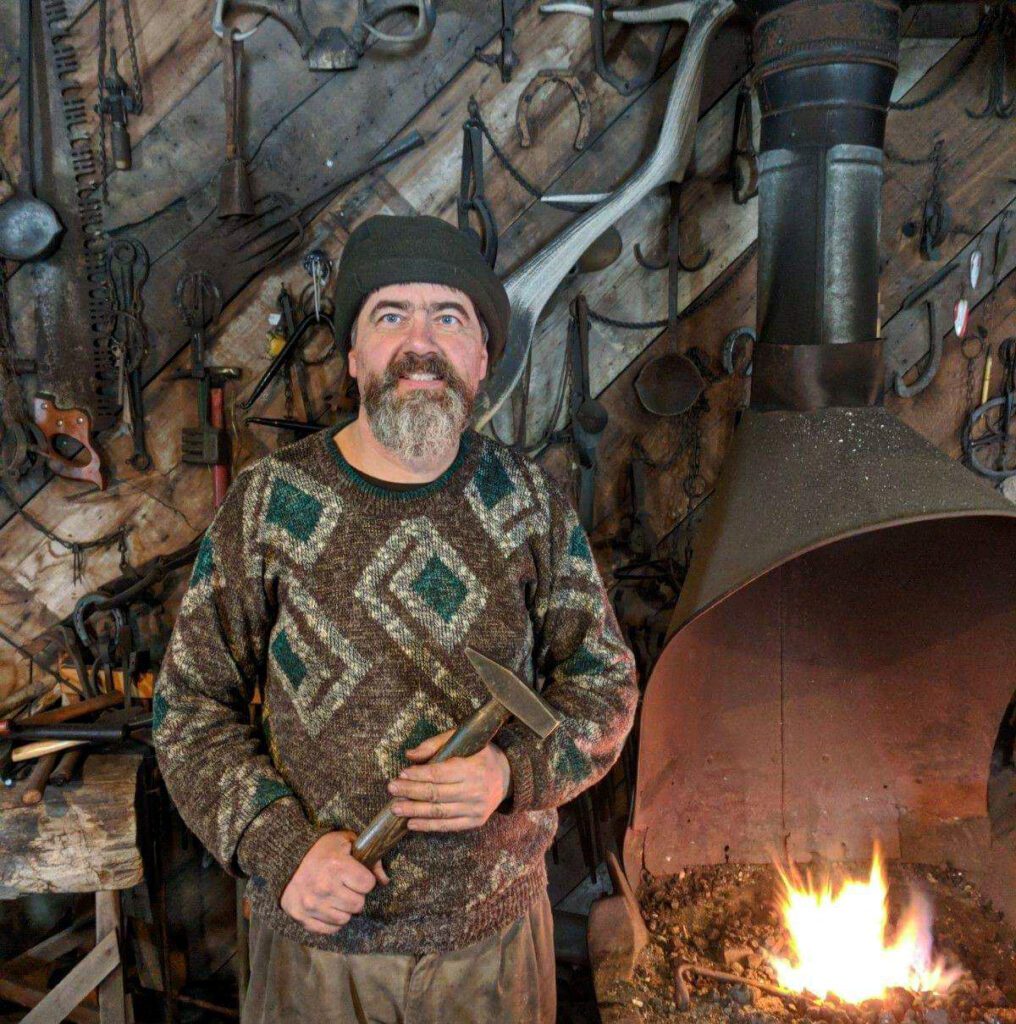 Doug Swenson began experimenting at a young age with a 1890s forge and anvil while growing up on a northwestern Minnesota farm. This early experience developed into a life-long passion that he continues to cultivate today through ongoing research into the tools and techniques of traditional blacksmithing. Doug does his primary work out of a shop that attempts to recreate the rural village shop of the time period from 1890 to 1910. His work is significantly influenced by early Scandinavian work with a special interest in the Viking Age.

Watch this video to tour Doug Swenson’s forge! In the series Folk Art In Place, explore and learn with folk artists as they take us through their workspaces and demonstrate their craft.