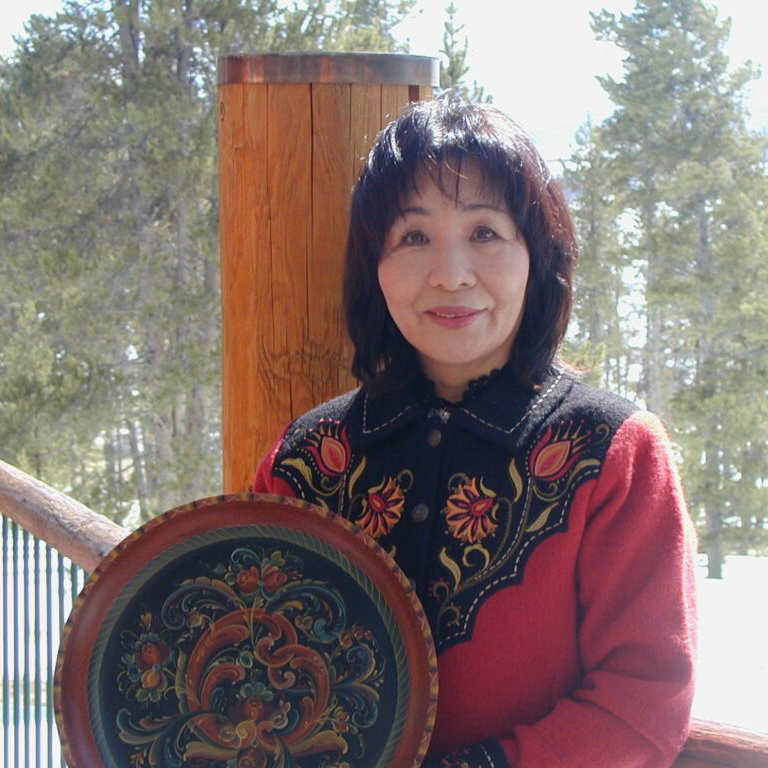 Vesterheim Gold Medalist, Toshiko Ogishi, has been teaching rosemaling for over 30 years in both Japan and America. In 2007, she founded the Japan Rosemalers Association and has since fostered the sister-state relationship between Chiba, Japan, and Wisconsin. Toshiko chaired the cultural committee that connected Vesterheim Gold Medalist Rosemalers Sigmund Aarseth, Nancy Schmidt, Maris Hammer, Pam Rucinski, Donna Benson, and Bjorg Oseid Claivi to teach in Japan. Toshiko has also been on three Vesterheim study tours to Norway.

Among her many accomplishments, Toshiko was the first Japanese painter to be invited to teach rosemaling by the Japan Decorative Painters Association National Tour in 2007. She has taught at the Norwegian Embassy and showed her work at the Mitsukoshi Department Store, one of the most prestigious in Japan. Toshiko has authored a textbook on Rogaland and Telemark style rosemaling in both Japanese and English and has been featured in several books and magazines including Paint Craft by Vogue, Society of Decorative Painters, JDPA, and others.