Over his lifetime, 103-year-old Keith Elwick of Vinton, Iowa, has received many civic and industry awards. Most notable was the first-ever Gold Silo Award for Heroes in American Agriculture. This award from Silos and Smokestacks National Heritage Area in 2012 recognized Elwick as a catalyst in revolutionizing the industry of agriculture.

After twenty years of farming in east-central Iowa, Elwick founded Hawk Bilt Manufacturing Corporation. Hawk Bilt was the first business to build commercial, large round balers, now an industry standard. Round bales have an advantage over square bales because there are no cut ends of the hay to allow rain to soak in. Round bales can be left in the field, saving the farmer time in moving bales and storage space in barns or sheds.

It was an earlier idea, though, that put Elwick on the path to innovation. Keith and his brother Ron had the idea for a better manure spreader. It had a large rotating blade at one end of the box and a conveyor chain to move the manure into the fan for spreading onto the field. It worked – too well – the manure was thrown so high into the air that it came down on the tractor and driver. The brothers considered the idea a failure and abandoned it. Some years later, Ron used the spreader to clean out the chicken house. A freelance photographer drove by and happened to capture the spreader in action. The photos ran in Popular Mechanics magazine where a product engineer from John Deere saw it.

In 1957, John Deere bought the patent rights to the spreader and began to manufacture the Elwicks’ flail-type spreader. In England, the Howard Rotavator Company manufactured the spreader. The spreader was named the best new farm implement at the 1963 Royal Farm Show. Keith Elwick traveled to London to accept the award from Queen Elizabeth II and Prince Philip.

As farmers began to switch to intensive livestock setups in the 1970s, Elwick invented tank-style spreaders for liquid manure. To prevent polluting runoff, the manure was injected under the surface of the ground. Working in partnership with companies like John Deere, New Holland, Vermeer, and Ralston Purina, Elwick continued to innovate implements like cattle oilers, insecticide applicators, and salt feeders.

All eight of Elwick’s great-grandparents were born in Norway. Most were from Hordaland County (now called Vestland). He is proud of his Norwegian ancestry and of his entrepreneurial and forward-thinking ancestors. Not content to work his family’s small farm, grandfather Knut Elwick transported cattle (one at a time in a rowboat) to market in Bergen, Norway, in exchange for a portion of the meat. Keith believes that his father Cyrus Elwick was the first in Hardin County, Iowa, to plant soybeans as a farm crop.

This profile is in connection with the Vesterheim exhibit Innovators & Inventors open at the museum through May 30, 2022. 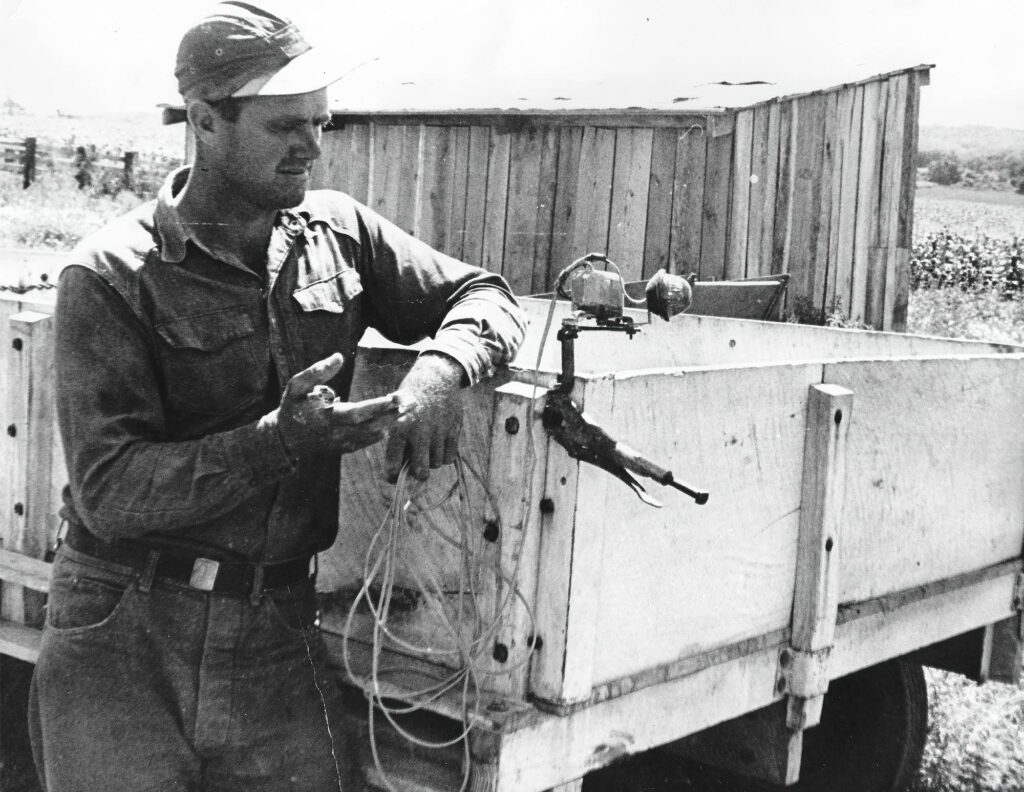 Keith Elwick with his “wig-wag warning light,” a detachable, swinging warning light for farm vehicles. This invention won three First Place awards at the Gadget Show at the National Farm Field Day in Cedar Rapids, Iowa, in 1950. Several wins at Gadget Shows around the state fueled Elwick to continue to innovate. 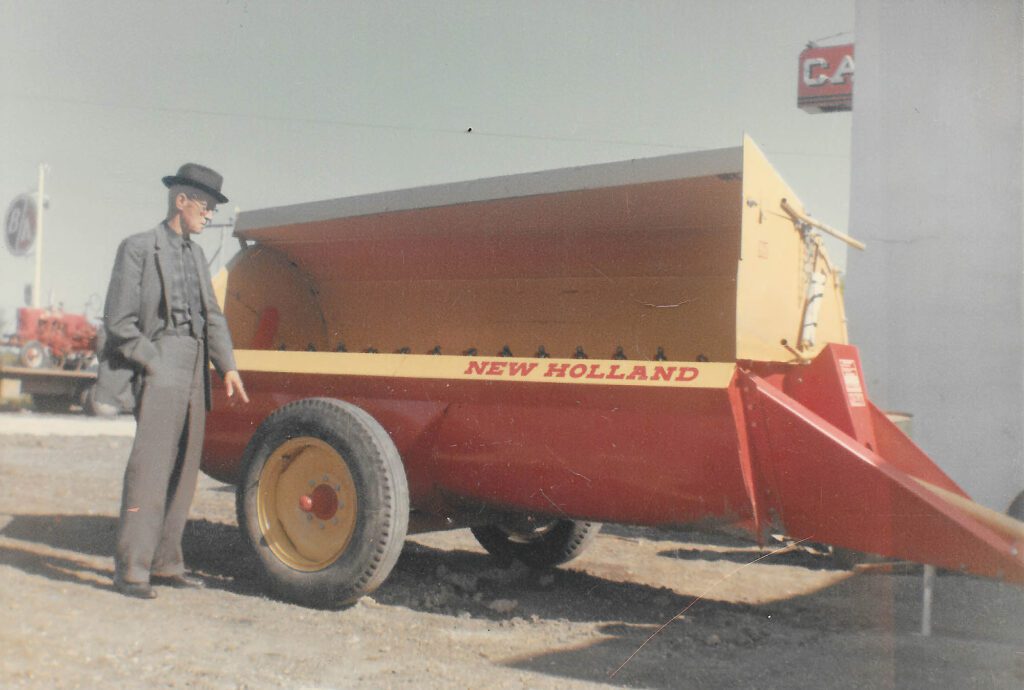 Hawk Bilt also made spreaders for New Holland. This one was spotted on a trip to Canada by Keith Elwick’s father-in-law. 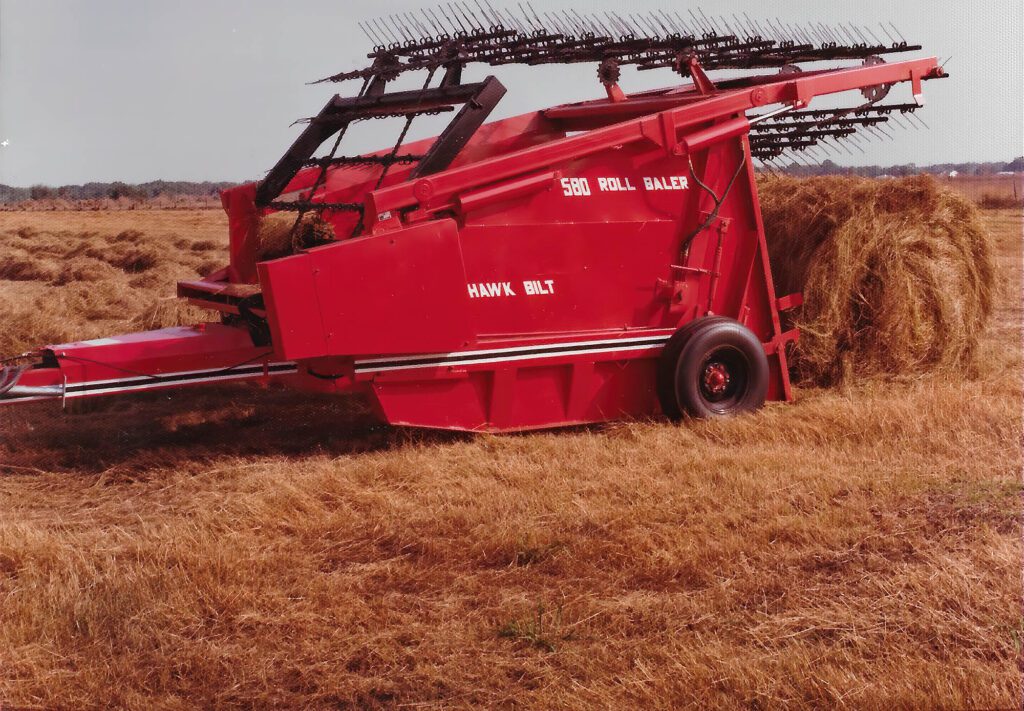 One of Hawk Bilt’s early large, round balers. 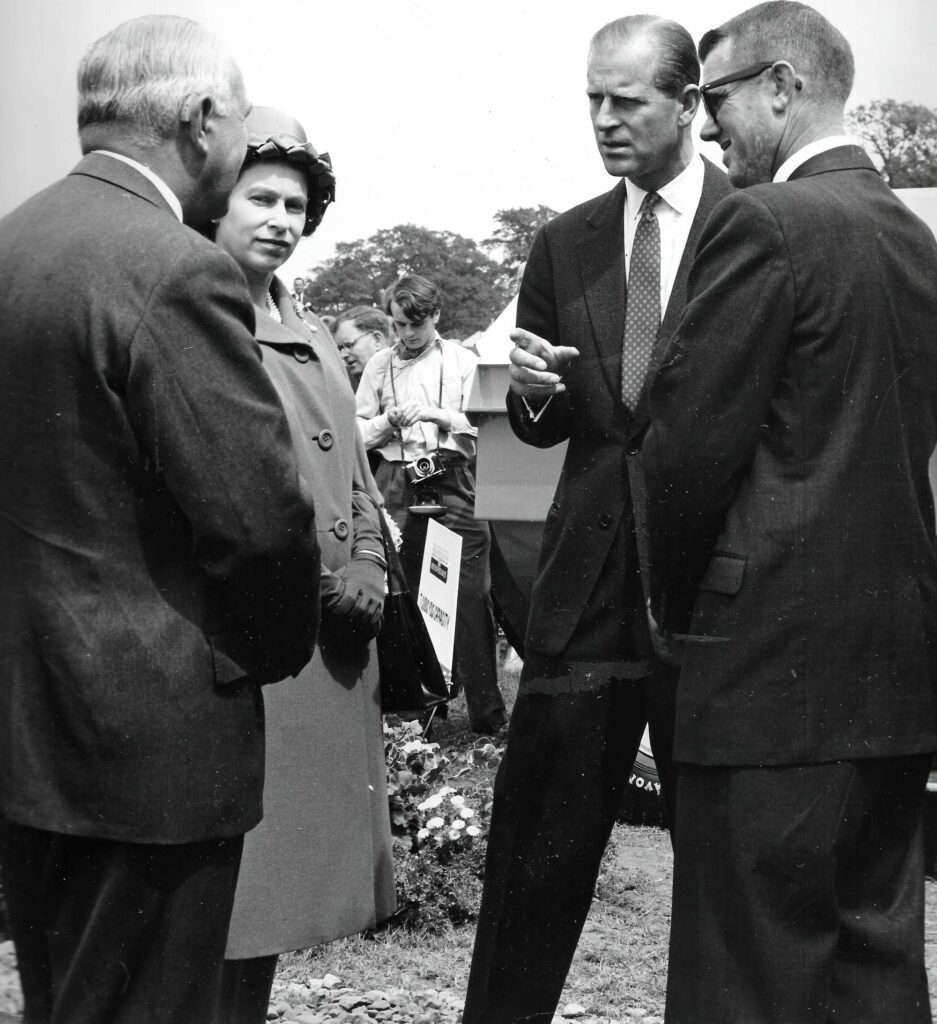