In 2020-2021, Vesterheim presented the exhibition Innovators and Inventors, which celebrated the creativity and ingenuity of Norwegian immigrants and their descendants in America. Although many people have heard of Ole Evinrude’s outboard motor or John Tokheim’s gasoline pump, many more Norwegian Americans have made significant contributions to our daily lives.

The exhibit covered everything from Karsten Solheim’s ergonomic golf putters to the pacemaker, invented by Earl Bakken. We also meet people like Harriet Lovseth, the South Dakota teacher who invented a chalk holder to keep her students a little bit cleaner at the end of the day.

In addition to patents, drawings, models, and artifacts, Vesterheim shared the stories behind the creations and helped shine a light on some unknown Norwegian immigrants and their descendants who helped make the world a better place.

Contemporary innovators and inventors were also featured prominently in the exhibit and Vesterheim hosted a Lecture Series to bring together some of the most creative and inspiring leaders, thinkers, and artists working today. Below are links to videos of the online exhibit presentations. Enjoy!

Vesterheim is grateful the Tomson Family Foundation for supporting the exhibit and lecture series. 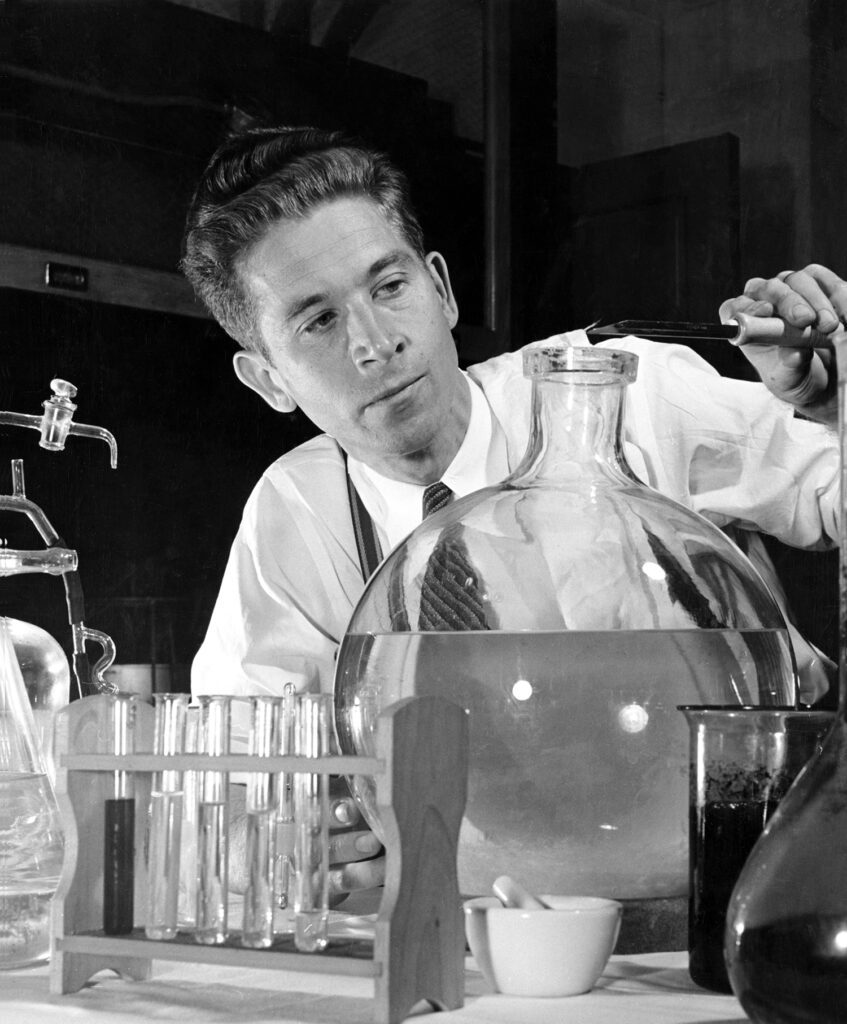 Sonja Hoel Perkins
Empowering Innovation
A venture capitalist from San Francisco, Perkins is paving the way for women in both the tech and finance industries. In 2015, Worth magazine included Perkins in their list of the 100 Most Powerful People in Finance in the World. She has over 30 years of experience investing in the technology sector and has gone on to launch two investment funds – The Perkins Fund, which invests in people and companies that matter, and Broadway Angels, an angel investment group made up of women who are world-class investors and business executives. In addition to her groundbreaking work in the venture capital industry, Perkins is also the founder of Project Glimmer, a non-profit serving at-risk teenage girls and whose mission is to inspire every girl to envision and realize an empowered future.
Watch a recording of this presentation here.

Jamie Holmes
Historic Innovation Presentation I
Holmes is the author of 12 Seconds of Silence: How a Team of Inventors, Tinkerers, and Spies Took Down a Nazi Superweapon, published by Houghton Mifflin Harcourt in 2020. In this presentation, Holmes recounts the dramatic story of the scientists of Section T and their work to develop the proximity fuse, considered the world’s first “smart weapon.” The proximity fuse used radio waves to determine how close the artillery shell was to an object and would detonate the explosive at the optimal distance from the target. The accuracy and efficacy of the proximity fuse made it an invaluable asset to the Allies in World War II.
Watch a recording of this presentation here.

Lucy Tuve Comly and Christine Tuve Burris
Historic Innovation Presentation II
Brothers Merle A. and Richard L. Tuve made significant contributions to the fields of physics and chemistry. These innovations were of critical importance during World War II. Merle’s discoveries, in understanding the ionosphere, led to the development of radar technology and the proximity fuse for military weapons. Richard worked to increase the survival rate of military personnel stranded in the ocean and developed firefighting foams for use on planes, ships, and submarines. Learn more about these important Norwegian Americans from Merle’s daughter Lucy Tuve Comly and Richard’s daughter Christine Tuve Burris.
Watch a recording of this presentation here.

Rick Steves
An Innovator Abroad
Steves is a popular public television host and a best-selling guidebook author. He is the founder and owner of Rick Steves’ Europe, a travel business with a tour program that brings more than 30,000 people to Europe annually. Rick is also an outspoken activist who encourages Americans to broaden their perspectives through travel. In this recording, he talks about travel for the purpose of challenging cultural assumptions, travel to Norway, and his background as a Norwegian American.
Watch a recording of this presentation here.

Dr. Jeffrey Stamp
Teaching Innovation
Dr. Stamp is a Teaching Professor of Entrepreneurship in the Department of Applied Economics at the University of Minnesota, who teaches courses in creativity, concept design, sales, strategic leadership, and entrepreneurial thinking skills to students from 14 different majors across campus. Stamp says, “You wouldn’t host a party without inviting the guests. Yet that’s how many people approach creative thinking: They just hope “aha!” moments show up.” This learning session with Dr. Stamp is like a thrill ride for your brain, with exciting twists and turns that lead you, unexpectedly, to “aha!” moments you can use for a lifetime. Dr. Stamp’s love of creativity evolved over years of being a professional creative. He was the creator and section manager of the team that innovated Baked! Lays ® Potato Crisps, for PepsiCo’s snack division, Frito-Lay. Dr. Stamp has won a coveted Edison Award silver medal for the Food and Beverage Category and was awarded the “George Land World-Class Innovator Award” from the Innovation Network and Fast Company magazine. During this lecture, Dr. Stamp is joined by former colleague Bruce Gjovig. Mr. Gjovig is CEO Emeritus, entrepreneur coach, and founder of the University of North Dakota Center for Innovation Foundation, a program focused on innovation, entrepreneurship, private investment, and the entrepreneur ecosystem.
Watch a recording of this presentation here.