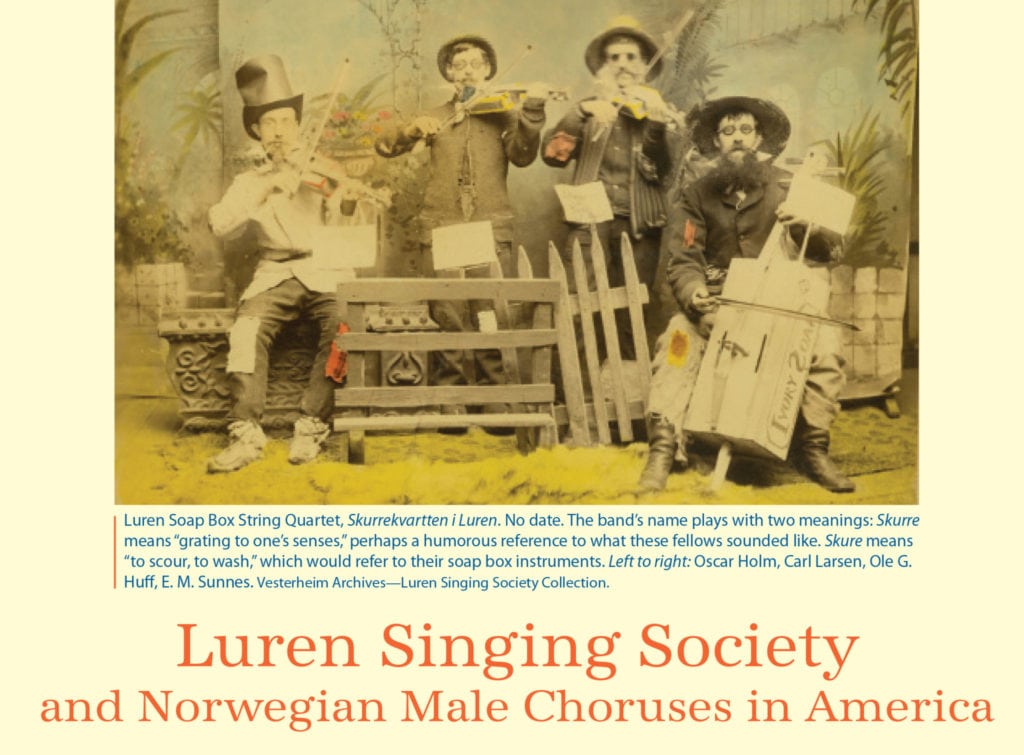 An article from Vesterheim, Vol. 7, N0. 2, 2009 – That Old Norwegian Song and Dance by John Robert Christianson.

In the year 1868, four young immigrants from Norway came together in Decorah, Iowa, to form a male quartet and sing the songs of their native land in four-part harmony. One of them, Hartvig Engbretson, was a native of the Norwegian capital city of Oslo, then called Christiania. Growing up in Christiania, he had enjoyed listening to a male choral society named Luren and proposed that the Decorah quartet should take that name as well. They did, and Luren has been singing Norwegian songs in Decorah, Iowa, ever since.

This is the first of many articles from previous Vesterheim magazine’s that we plan to make available on our website. We hope you enjoy!