For Peter Storvick, 30, being a Vesterheim member is one of the many ways he connects with his Norwegian heritage.

Peter, who now lives in the Twin Cities where he works as an actuary, became a Vesterheim member shortly after graduating from Luther College in 2014 where his tenure included a minor in Scandinavian studies. Through Norwegian language classes and an independent study project, he had the opportunity to tour and research Vesterheim’s textile collection, working with Vesterheim’s Chief Curator Laurann Gilbertson. “It was exciting to see how Peter found a connection to his family’s story through our collection. We’ve enjoyed working with students at Luther College and other institutions,” Gilbertson said.

Peter studied Norwegian knitting, and his assignment culminated in a presentation at Vesterheim of his own textile project: a traditional, hand-knit Marius sweater. Peter said about the project, “Norwegian knitting is a really fun, regional thing, and a few patterns have become really iconic.”

Fourteen of Peter’s 16 great-great grandparents came from Norway, which made it difficult to choose just one region of Norway as an inspiration for his knitting project. So, he turned to the classic Marius sweater – his grandmother happened to have a pattern for it in the Norwegian language. Growing up, Peter made frequent visits to Decorah to visit his grandparents, Joanne and Dick Ylvisaker, and Peter learned most of what he knows about knitting from his grandmother. Peter’s relationship with Vesterheim really began when his grandparents would take him to the museum for tours.

Today, Peter continues to enjoy the process of experiencing his heritage. He is a member of Mindekirken, the Norwegian Lutheran Memorial Church in Minneapolis. There, he has perfected the art of boiling lutefisk as one of the chefs for their Lutefisk Supper. In February, he skied the Birkebeiner – the American equivalent to the Norwegian Birkebeiner – for the third year in a row. The 50-kilometer cross country skiing race takes place in northern Wisconsin, and Peter already plans to compete for a fourth time next year.

Peter and his wife Katie were married earlier this year, and his Norwegian heritage played an important role in that major life event as well. Much like the carved mangle board that was traditionally given during a marriage proposal in Norway to demonstrate handiness and a dedication to a craft, Peter’s proposal included a hand knit sweater made especially for Katie. More than just a piece of clothing, the sweater was a symbol of joining his Norwegian family.

Peter shared, “I used the time I spent knitting Katie’s sweater to reflect on our relationship and think about this important life decision. The idea was that I would propose with a ring and a sweater, which was an invitation to marry me and also an invitation to join the Storvick family.” Peter also wanted Katie to have something to wear during family gatherings around the holidays. He proposed while fishing during a camping trip. Peter caught a fish on his very first cast and took that as a sign of good luck. It must have been, because Katie said “yes”!

Peter and Katie’s wedding took place on a cold winter’s day. As a special gift, they knit mittens for their wedding party, which was made up of Peter and Katie’s brothers and sisters. Peter introduced Katie to knitting a couple of years ago, but this was her first time really diving into the craft. They each chose a Norwegian pattern and their own yarn. Katie knit the mittens for the bridesmaids, while Peter knit the mittens for the groomsmen. Since then, Katie has really taken to the craft and has been knitting more often!

Though Peter’s career as an actuary is keeping him busy, Peter looks forward to some free time in the future when he can visit Decorah to take a class at Vesterheim Folk Art School and see his grandparents. Being a Vesterheim member is important to Peter because it keeps him connected. He said, “I love the magazine and staying in touch, and I love seeing all of the articles and updates. I also find it important to keep supporting the organization, and the extensive archives and exhibits.”

Mange takk, Peter, for your enthusiastic support of Vesterheim’s mission, and congratulations to you and Katie! 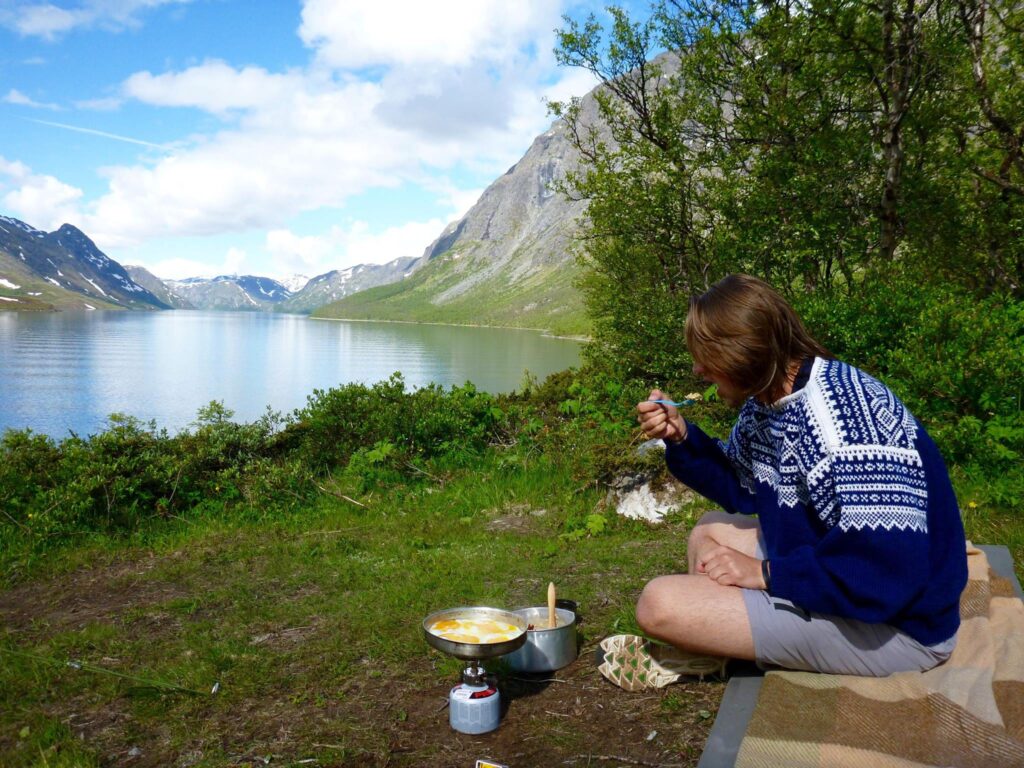 Peter, wearing his handknit Marius sweater, preparing for a hike in the Jotunheimen mountain area in Norway. 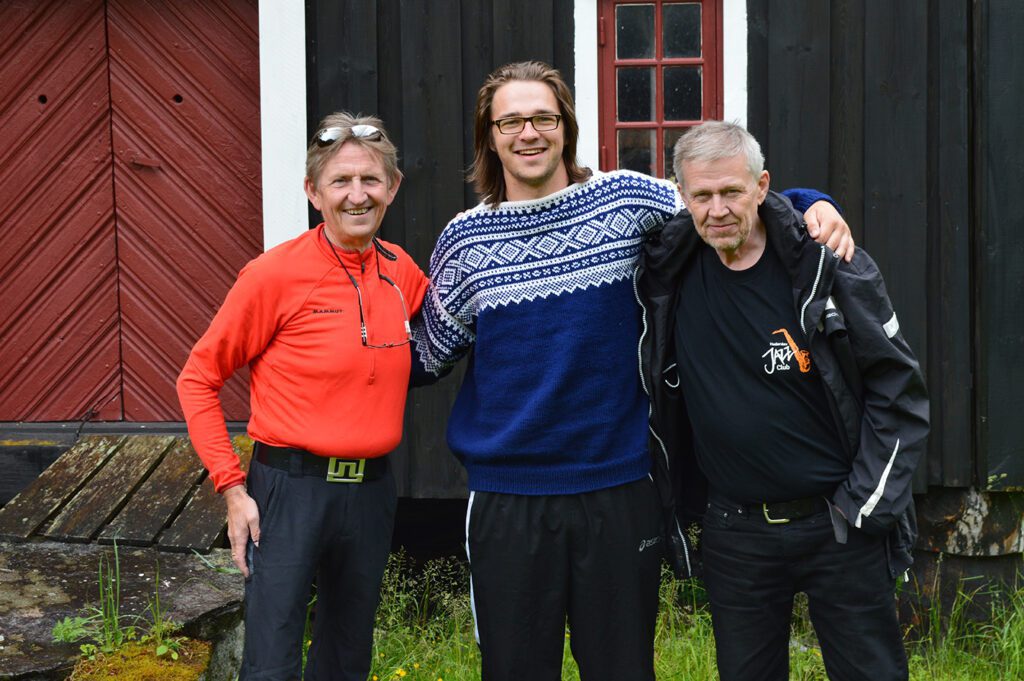 Peter with his Norwegian relatives on the Storvik side of the family. The spelling of Peter’s family name, Storvick, was Americanized after immigrating to the United States. 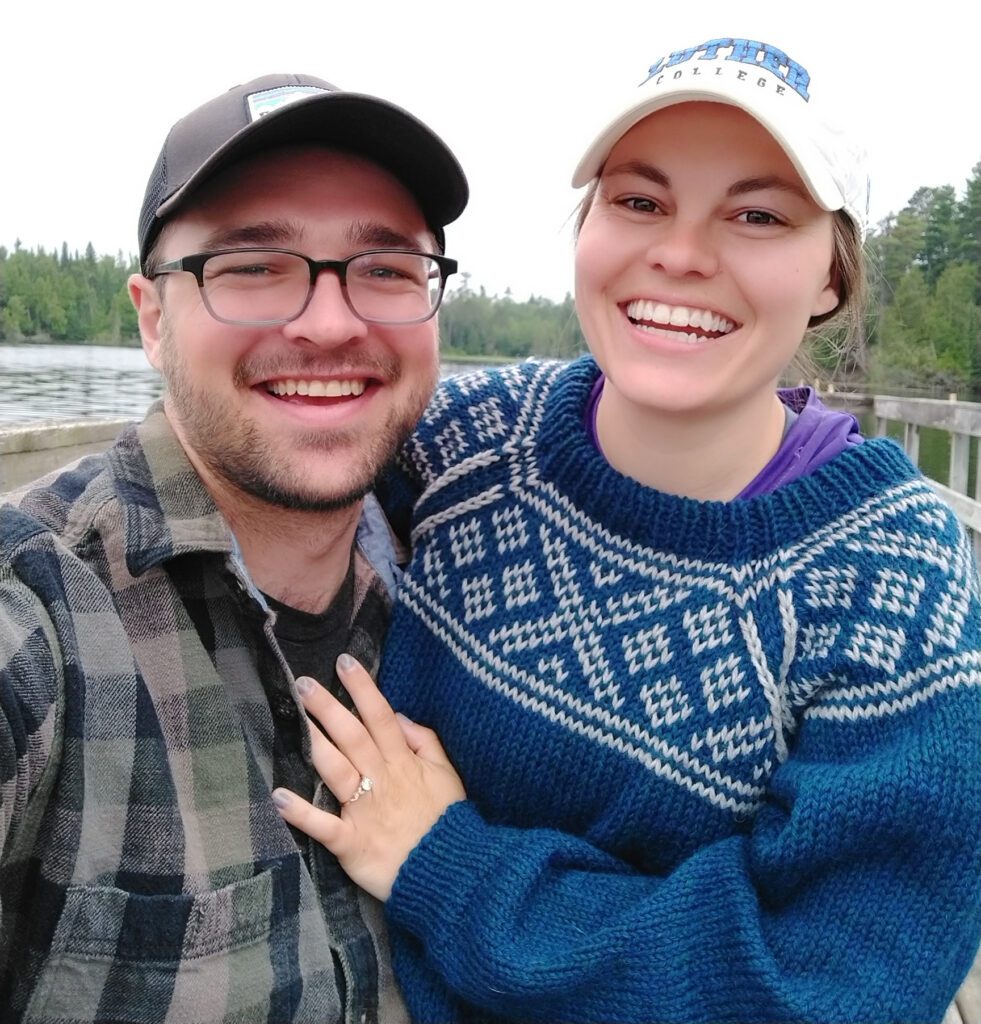 Peter and Katie on their engagement day with Katie wearing the sweater that Peter made for her for the proposal. 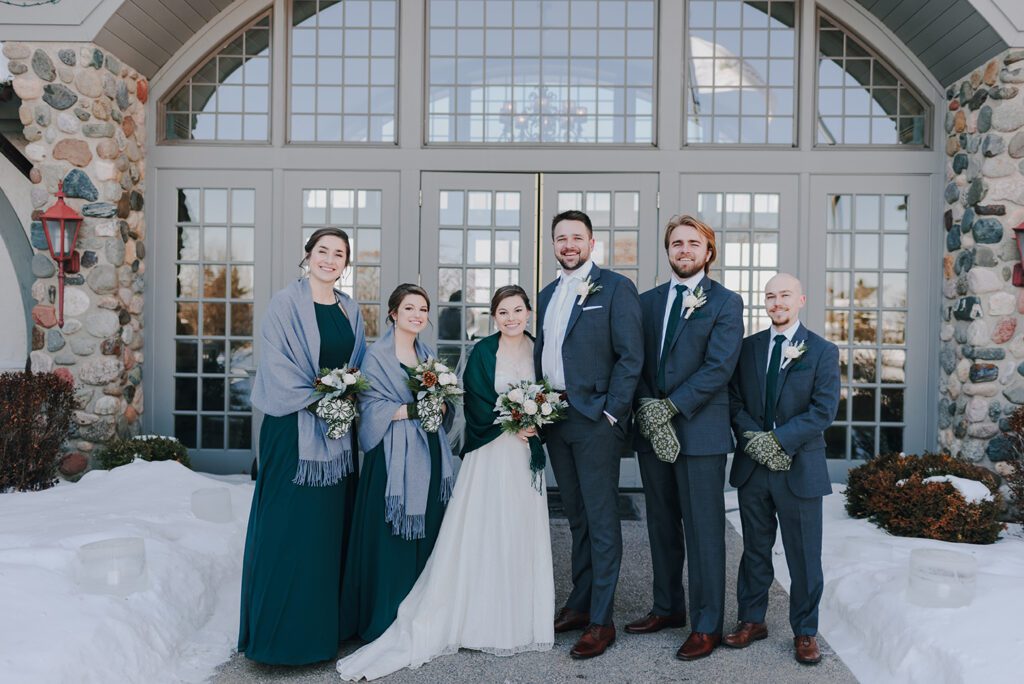