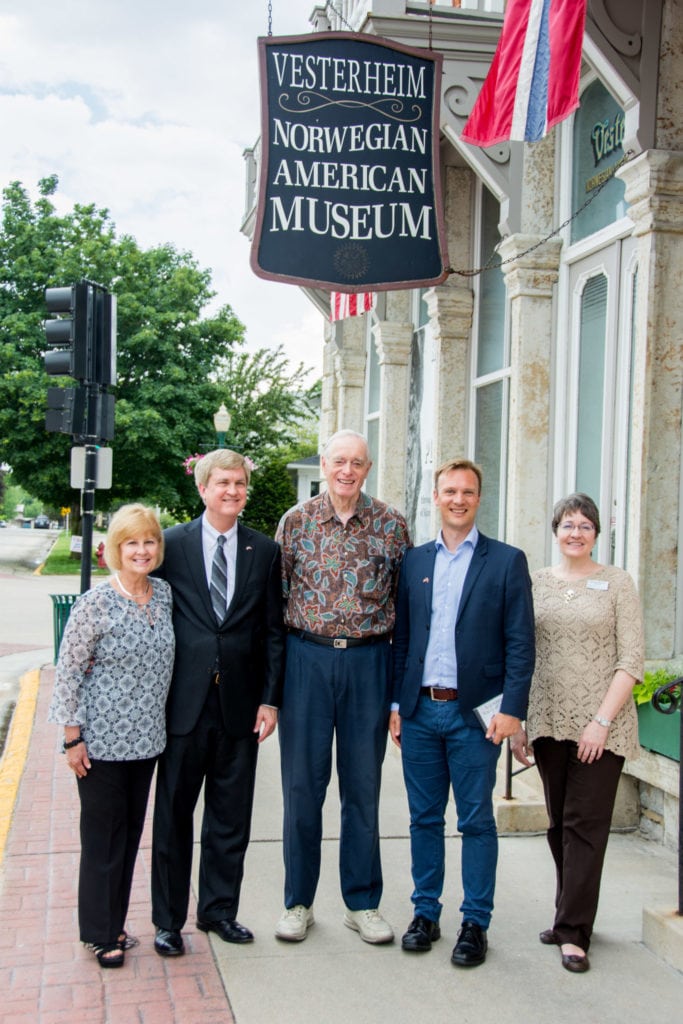 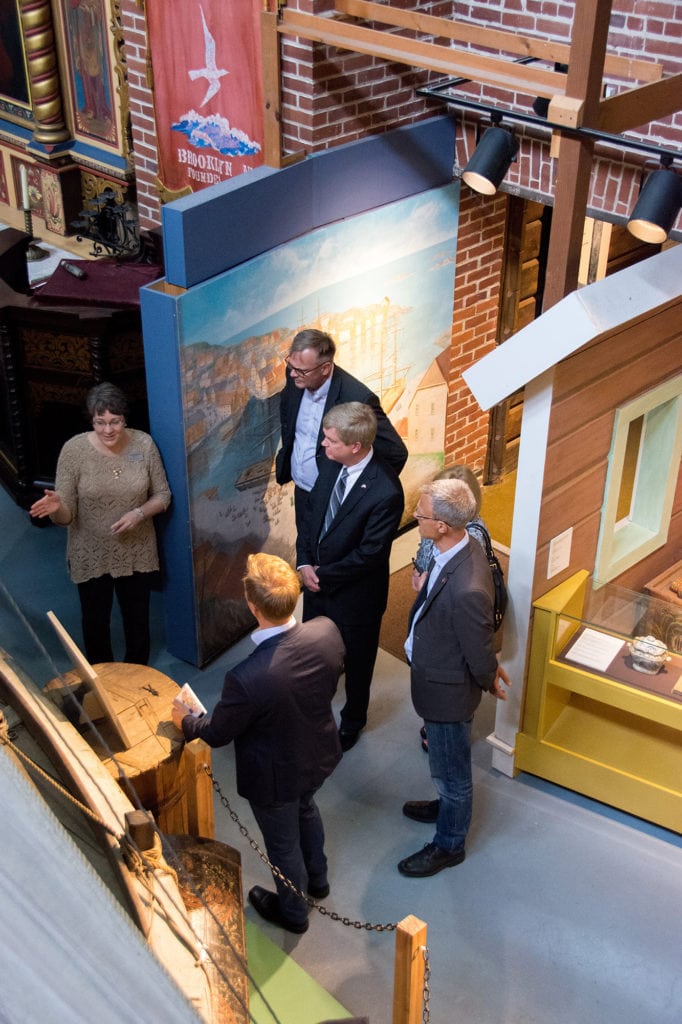 The visit was part of an itinerary that includes Minnesota, North Dakota, South Dakota, and Iowa, to reinforce cultural and commercial ties between Norway and the Midwest. Joining Thorheim during his Decorah stop were Honorary Consul for Iowa Quentin R. Boyken and his wife Inez.

“I visited Decorah and Luther College and Vesterheim because these are cornerstones in the relations that Norway has to this part of the United States. It is really a center for Norwegian-American culture,” Mr. Thorheim said. According to Thorheim, almost 5 million Americans claim Norwegian heritage—nearly as many as the number of Norwegians in Norway. A majority of them live in the Midwest. Together they contribute to strong and tight-knit relations between Norway and the United States.

With apparent delight, Thorheim explains what led him to meeting his Iowa relative, John P. Nelson. “I was very lucky that I sent an email to a relative of mine who is an American and asked ‘Do we have any relatives here?’ and she said ‘I see you are going to Decorah. Here’s the email address of John Nelson.’ I sent him an email just two days ago and he said, ‘Sure, I’ll meet you!’ It was very nice on such short notice. We had lunch at Luther College and we are here at Vesterheim now.”

For his part, Nelson, who is related to the prominent Decorah historical families, the Korens and the Torrisons, thoroughly enjoyed the time he spent with his new-found relative. The genealogy is complex, as it often is, but Nelson explains that “Bård’s great-grandmother, or his great-great-grandmother, might have been my grandfather’s sister.”

Thorheim’s Midwest tour hasn’t been just about cultural relations and long-lost relatives. During his visit, Mr. Thorheim has met with staff at the local offices of U.S. Senators and members of the U.S. House of Representatives. The Norwegian American Chamber of Commerce and individual companies with ties to both countries were also included.

A recent study made by the Embassy of Norway in Washington, D.C. shows that Norwegian investments and trade with Norway support nearly half a million jobs in the United States. Around 8,000 of them are in Minnesota, 4,200 in Iowa, more than 1,500 in South Dakota and nearly 1,400 in North Dakota.