The Norwegian Parliament’s Standing Committee on Local Government and Public Administration toured Vesterheim on September 14. We enjoyed their visit and were so glad to show them around campus.

The Norwegian consulate said that the purpose of the visit to the United States and the Midwest is a study trip. The committee is visiting the U.S. because of the close relations between the two countries, and it is generally exciting to visit the U.S. now so close to the mid-term elections. During the visit, they are meeting Norwegians in business or organizations with a focus on Norwegian-American cooperation and joint interests.

The responsibilities of the committee include immigration, refugee policy, and integration in Norway and they want to learn what has been done in the U.S. within this policy area. For example, while in Minneapolis, the committee will have several meetings on the integration of immigrants.

Since many Scandinavians migrated to the Midwest at the end of the 19th century, it is also interesting for them to learn and see that Scandinavian culture is still strong. They were given an extensive Vesterheim tour that included the first floor of the museum’s Main Building, Heritage Park, the construction site for Vesterheim Commons, the Bauder-Landsgard Collection Study Center, and the Folk Art School spaces in the Westby-Torgerson Education Center. In the collection storage, they were show Vesterheim artifacts related to the 100th anniversary in 1925 of Norwegian emigration to the United States.

After touring Vesterheim, the committee members met with Luther College students and staff. They are also visiting Minneapolis and San Francisco during their trip to the United States. 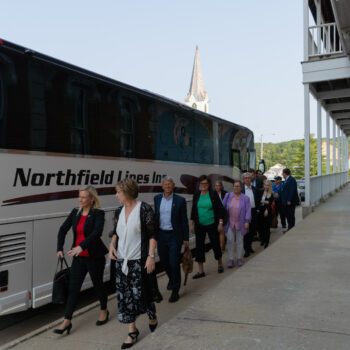 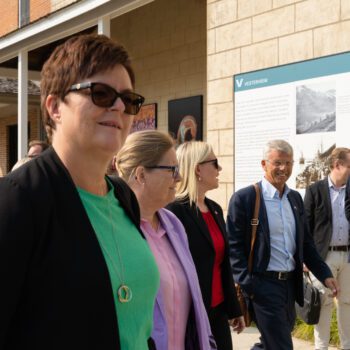 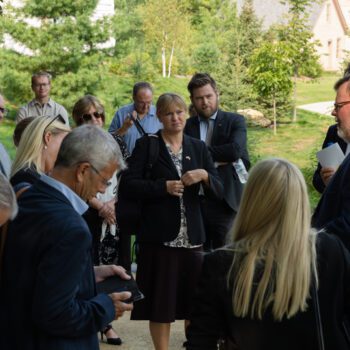 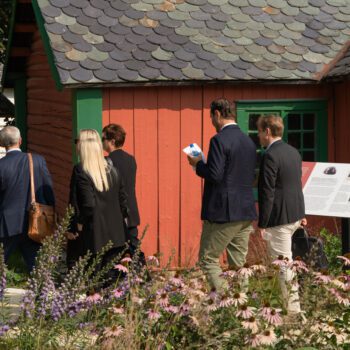 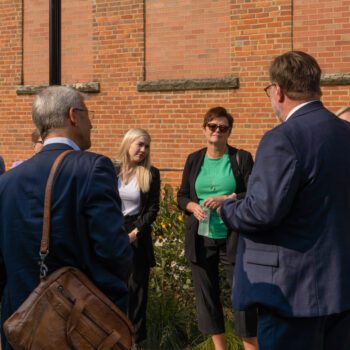 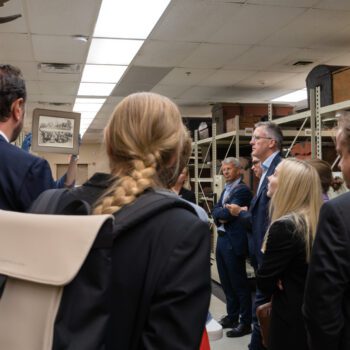