Trace the history and evolution of the Scandinavian Design movement over 90 years in an exhibition that brings generations together!

The exhibit Scandinavian Design & USA – People, Encounters and Ideas, 1890–1980 is open at Stockholm Nationalmuseum in Sweden through January 9, 2022. This exhibit is the product of extensive international collaboration and new research and shows the relationship between Scandinavian and American design in the 20th century. It is co-organized by Stockholm Nationalmuseum, the Milwaukee Art Museum, and Los Angeles County Museum of Art.

Vesterheim has loaned artifacts to the exhibit, which, after Sweden, will tour Norway (Nasjonalmuseum, Oslo), Los Angeles (Los Angeles County Museum of Art), and Milwaukee (Milwaukee Art Museum). For the Sweden and Oslo venues only, a sixth artifact (tapestry) from Vesterheim is included.

This major international loan exhibition is the first to present the extensive exchange of design ideas between the United States and the Nordic countries (Denmark, Finland, Iceland, Norway, and Sweden) between 1890 and 1980. This exhibit helps visitors discover how transatlantic relationships between Scandinavia and the United States became central to cultural heritage on both sides of the pond.

Among the topics examined are the significance of Scandinavian emigration and the large-scale marketing campaigns for Scandinavian design in the United States in the 1950s. The exhibition also considers the role played by design as a tool of international diplomacy.

We hope you’ll be able to see the show!

Drinking horn carved by Lars Kinsarvik of Hardanger, Norway, 1890. Exhibited at the Chicago Columbian Exposition of 1893.
Vesterheim 2001.037.001 – Gift of Dr. Eugene J. and Olive Nordby in honor of Darrell Henning at his retirement from curatorship at Vesterheim.

Chair made by John Lund and painted by Per Lysne, both of Stoughton, Wisconsin, ca. 1925.
Vesterheim – Gift of Marjorie and Winfield Johnson. 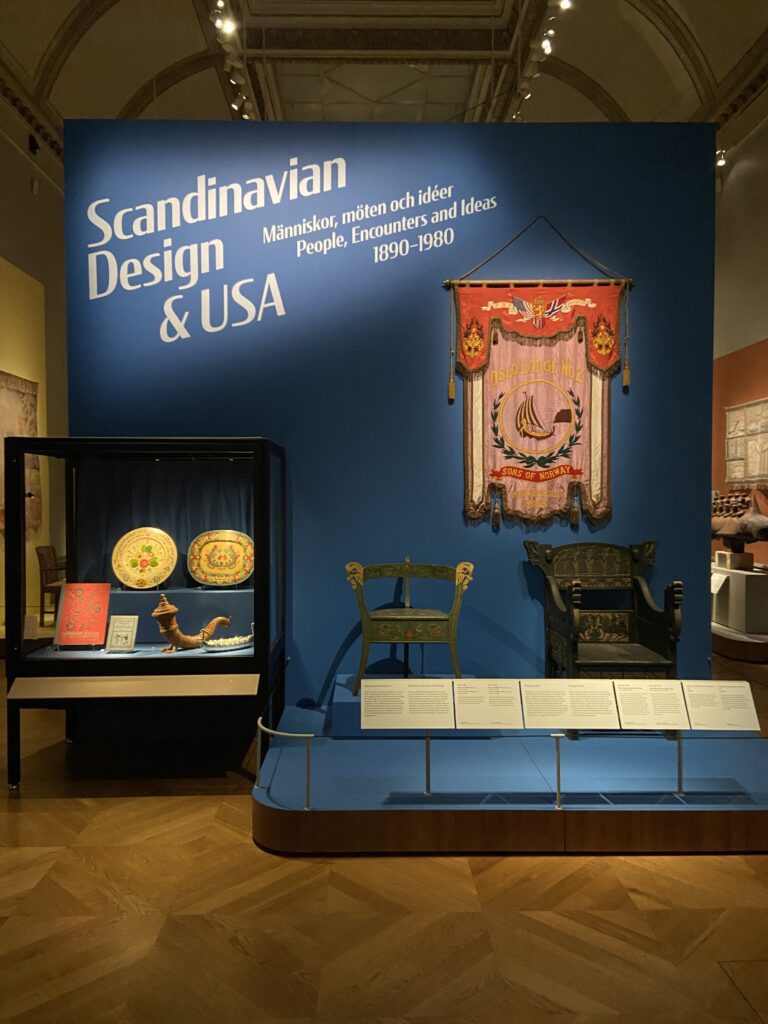 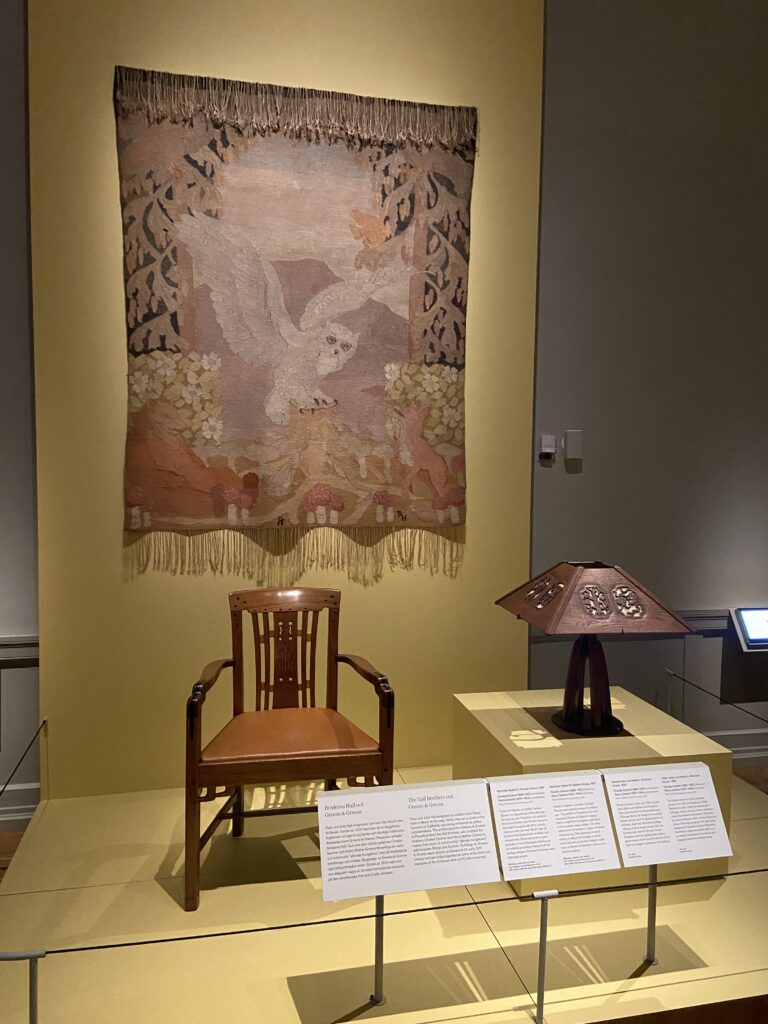