Stepping Into Her Family’s Legacy 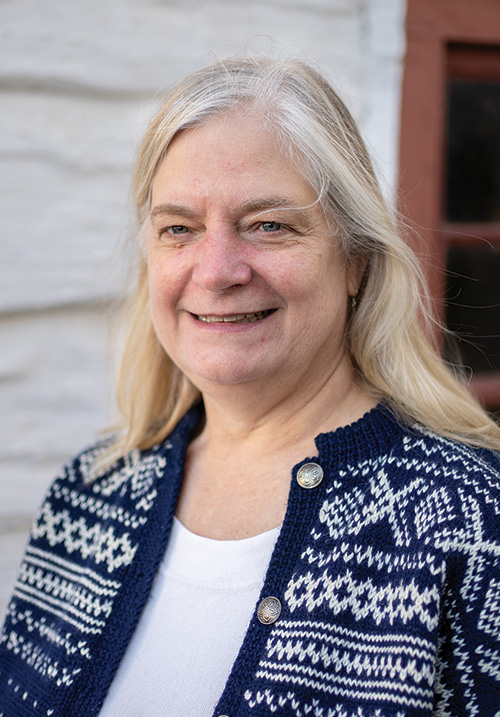 “My planned gift allows for Vesterheim, an organization that I’m passionate about, to be able to be supported from my estate just as I’ve supported them during my lifetime.” – Kate Rattenborg

Kate Nelson Rattenborg grew up in Decorah, just half a block from the Egge-Koren House back when it was located on the Luther College campus. She would go frequently as a child to play pretend, using her imagination to create a world she’d heard stories about. Even though the home’s door was locked, she would make-believe outdoors and think about what it must have been like to live in that log house in the 1850s. The Egge-Koren House, which moved to Vesterheim’s campus in 1976 and is now part of Vesterheim Heritage Park, was the home of Kate’s great-great-grandparents, Elisabeth and U.V. Koren, from December 1853 to March 1854. They shared the small cabin with the original owners, the Egge family, while a church parsonage was built to serve as the Korens’ permanent residence.

“The cabins have always meant something to me. It was a place where I played, knowing that one of the cabins was a home to my ancestors for some time. That’s always been part of me.”

The Egge-Koren House is only the beginning of Kate’s family legacy at Vesterheim. Kate’s mother, Betty Rikansrud Nelson (1935-2015), was a longtime demonstrator, teacher, and Gold Medal artist at Vesterheim. Kate’s father, David Torrison Nelson (1927-2009), was a longtime volunteer and served as a member of Vesterheim’s board of trustees for 20 years. All four of Kate’s grandparents also made lasting imprints on Vesterheim’s history, through volunteering, leadership, demonstrating and teaching, and contributions to the museum collection.

“All of my ancestors came from Norway. I always thought it was completely normal to have 100% Norwegian ancestry – but I realized at a certain point in my life that wasn’t normal for everyone!” Kate said. She speaks with a warm appreciation of her family members and also of Vesterheim, for deepening her understanding of what it means to be Norwegian American. For example, when Kate was younger she travelled to Norway where she learned some fiddling and experienced fiddle festivals. At Vesterheim, Kate is able to study the fiddles in the museum collection, learn their stories, and hear visiting musicians give programs. Kate also shares her family’s passion for history and research. “I enjoy the research aspect of going into Vesterheim’s archives and finding stories and photographs. It’s made a difference in who I am and shaped me.”

Kate is currently a member of the Founder’s Council, which includes Vesterheim’s former trustees. She is also a member of Kroneklubben, the museum’s “Crown Club” for lifetime giving, and the Valhalla Society, Vesterheim’s planned giving program.

“My planned gift allows for Vesterheim, an organization that I’m passionate about, to be able to be supported from my estate just as I’ve supported them during my lifetime.”

Kate currently owns and operates two bookstores in Decorah: Dragonfly Books and The Silver Birch. She is hopeful that when she reaches retirement, she will have time to support Vesterheim in yet another way that will follow in her parents’ and grandparents’ footsteps: volunteering. “I would love to be more active in demonstrating and volunteering. Both my mother and grandmother demonstrated weaving and embroidery at Vesterheim. When my mother retired, she started teaching weaving as part of Vesterheim’s Pioneer Immersion Program. Our family estimates she impacted over 1,000 students during that time.” Kate knits and does Hardanger embroidery, just like her grandmother, Grace Nelson Rikansrud, used to do. There are examples of Grace’s embroidery in Vesterheim’s collection.

Kate’s passion for Vesterheim is presently focused on the Heritage Park project, for which she is a sponsor. Heritage Park showcases the museum’s historical buildings, including the Egge-Koren House, within an accessible landscaped park. With “respect for the past and respect for what lies ahead,” Kate’s sponsorship gift to Heritage Park leaves her hopeful that future generations and people from all backgrounds might look through those cabin windows and step inside to learn more. Tusen takk, Kate, for your support and your vision! 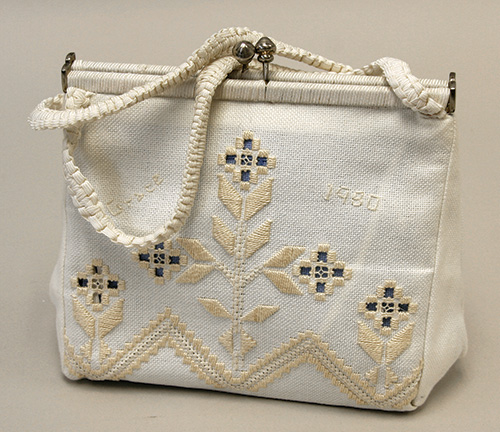