When Vesterheim acquired the oldest surviving commercial building on Water Street in 1984, it needed a name. There had been numerous owners of the building over the years and it has been used for many different purposes, so what to call it?

Vesterheim chose to call it the Dayton House in honor of Silas Dayton, the original owner. Dayton was born in Hadley, New York. He had worked as a merchant before he, his wife Rhoda, and daughter Eunice moved to Decorah in 1856. He purchased property on Water Street, built a wood-frame building, and operated a store from 1857 until 1878. The Silas Dayton General Mercantile Store sold groceries and dry goods, such as hats, boots, and wallpaper. The Dayton family lived upstairs for a few years until they built a house a block away. In the early 1880s, Silas moved on from Decorah to try his hand at homesteading in the Dakotas.

Perhaps the building should have been called the Noecker Building for the family that owned the property the longest. Gustav Noecker immigrated from Germany to Canada and later brought his family to Hesper Township, north of Decorah. He acquired the building in 1906 and in 1916 he transferred it to his son, Leo. Leo had a workshop in the building where he did woodworking and repaired furniture. His family lived upstairs and his youngest child, Melvin, was born in the apartment. Leo’s wife Christina Clausen Noecker owned the property until her death in 1956.

Years ago, you might have heard the building referred to as the Brown House. Rumor had it that abolitionist John Brown hid upstairs along with Missourians fleeing enslavement. Although John Brown traveled through Iowa many times, he is not known to have been in northeast Iowa.

Members of the Brown family did live in Decorah for about six months. Brown’s widow Mary, daughter Ellen, and son Salmon, along with Salmon’s wife Abbie and two children, left their farm homes near Lake Placid, New York, in September 1863 for California. Abbie Brown recalled that “After we reached Iowa that country looked pretty good to us and we decided to settle there, so we bought a farm, or at least got a contract for one.”

Salmon Brown planned to raise sheep for wool, which had been his father’s occupation while living in Ohio. Until his flock was established, Salmon cut firewood and trapped quail, shipping them to New York City. After an exceptionally cold winter, the Decorah newspaper reported that the Browns “have the migratory fever and talk strongly of California.” They left in April of 1864.

In more recent years, the building has been the Dayton House Café and Art Haus Annex. The building now houses an apartment and offices for the museum. Vesterheim continues the preservation of this part of Decorah’s history. 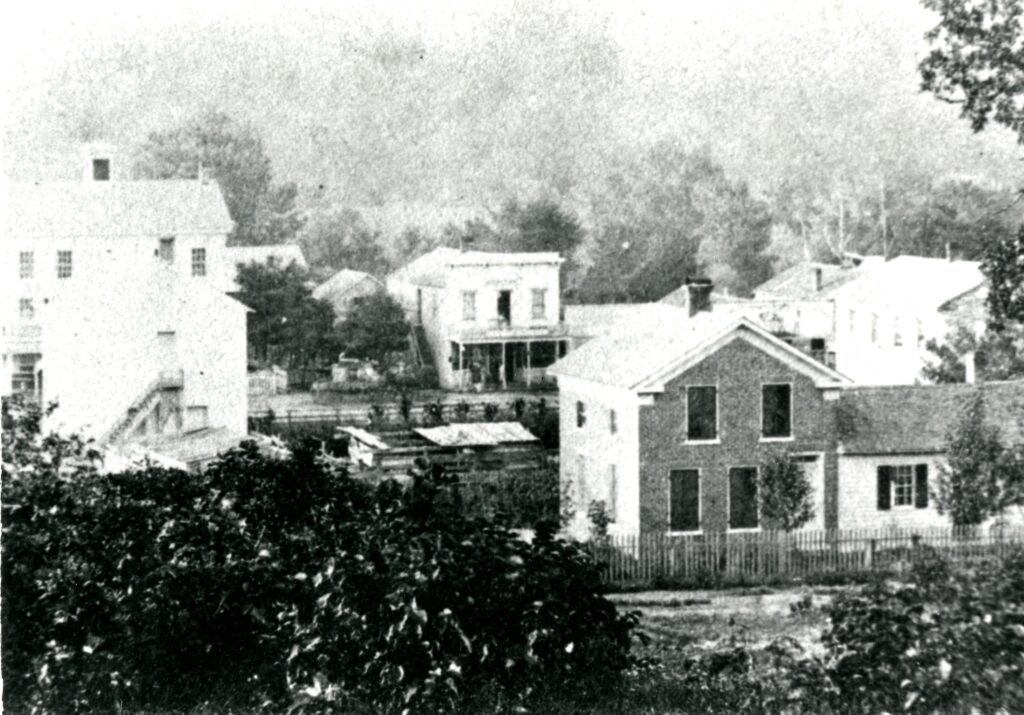 Silas Dayton's store, circa 1860, across the street. The Tremont House Hotel was replaced in 1877 with a larger brick building that is Vesterheim's Main Building today. Vesterheim Archives. 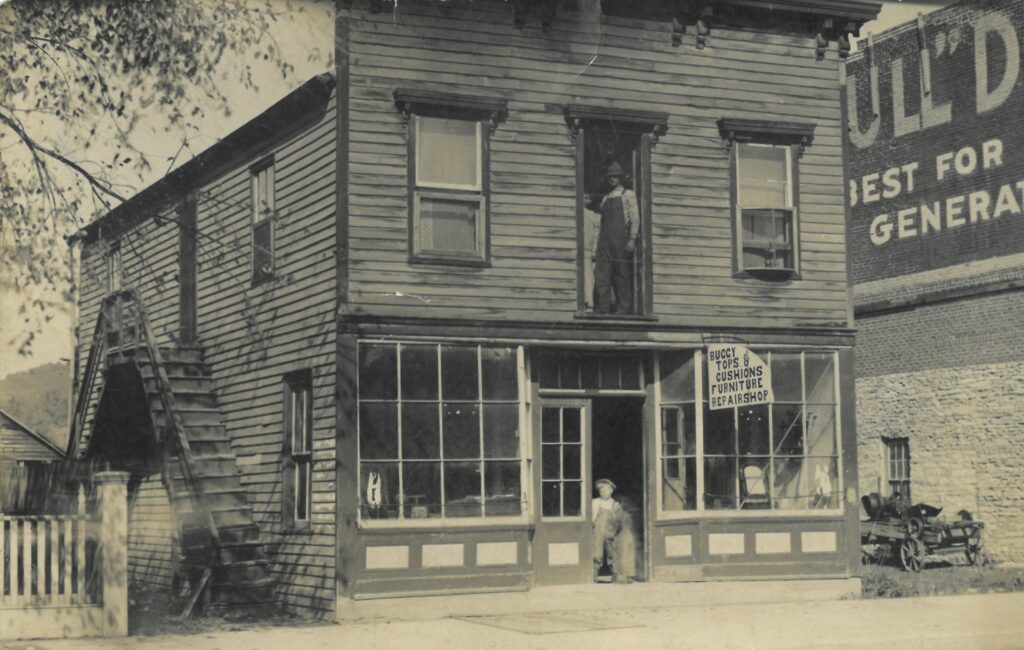 The Dayton House circa 1915 when the Noecker family owned the building. Vesterheim Archives.