From Hjem to Home: Immigrant Adventures 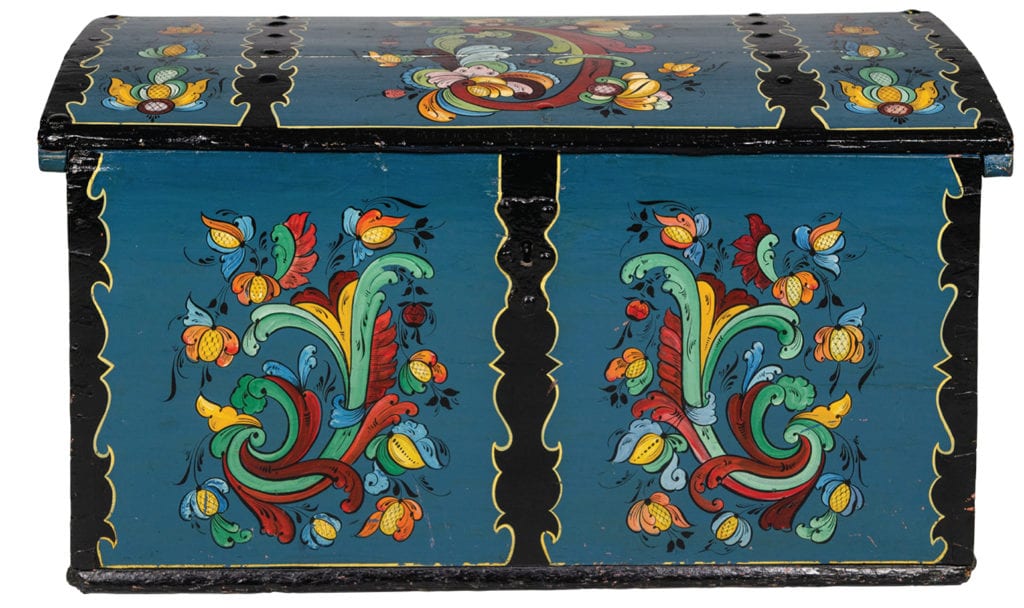 Here’s a remarkable story from Vesterheim’s collection about Herborg Tvedt and the trunk she carried on her travels as she left Norway! Imagine Herborg’s uncertainty and strength as she journeyed from place to place, including during a massive earthquake.

Do you have remarkable stories in your family history, or from today?

This trunk was already old when Herborg Tvedt packed some belongings to travel from Leirvik on the island of Stord in Hordaland County, Norway, to Oslo. She was going to attend nurses training with the deaconesses, Lutheran women who had dedicated their lives to serving the needy and the church.

She packed the trunk again in 1896 when she decided to go to Chicago, Illinois, where the Norwegian deaconesses were running a hospital in the Humboldt Park neighborhood. Herborg and the trunk went next to Stoughton, Wisconsin, where Herborg helped Dr. Michael Iversen found the Stoughton Surgical Hospital in 1904.

A few years later, Herborg and John Michael Olsen married in San Francisco, California. John, a friend from Norway, was first mate on a ship in the White Star Line and worked out of the port of San Francisco. On April 28, 1906, an earthquake struck San Francisco, destroying eighty percent of the city. The Olsens pushed the trunk out of a window as the house sank and then dragged it through the streets. Herborg slept on the trunk in Golden Gate Park for three nights to protect it from looters. Herborg and John built a small house in Turlock, California, where daughter Ruth and son John were born.

After her husband John died in 1911, Herborg moved back to Stoughton with the children. Daughter Ruth had always loved the trunk, so in 1941 Herborg had Per Lysne paint the trunk to give to Ruth as a birthday present. Lysne, an immigrant from Sogn, Norway, represents an unbroken thread of the tradition of rosemaling from Norway and is considered for the father of rosemaling in America. Herborg died in 1950. In 1979, Ruth Olsen Klinner gave the trunk to her stepdaughter Susan Klinner Burnham, who generously donated it to Vesterheim in 2017. 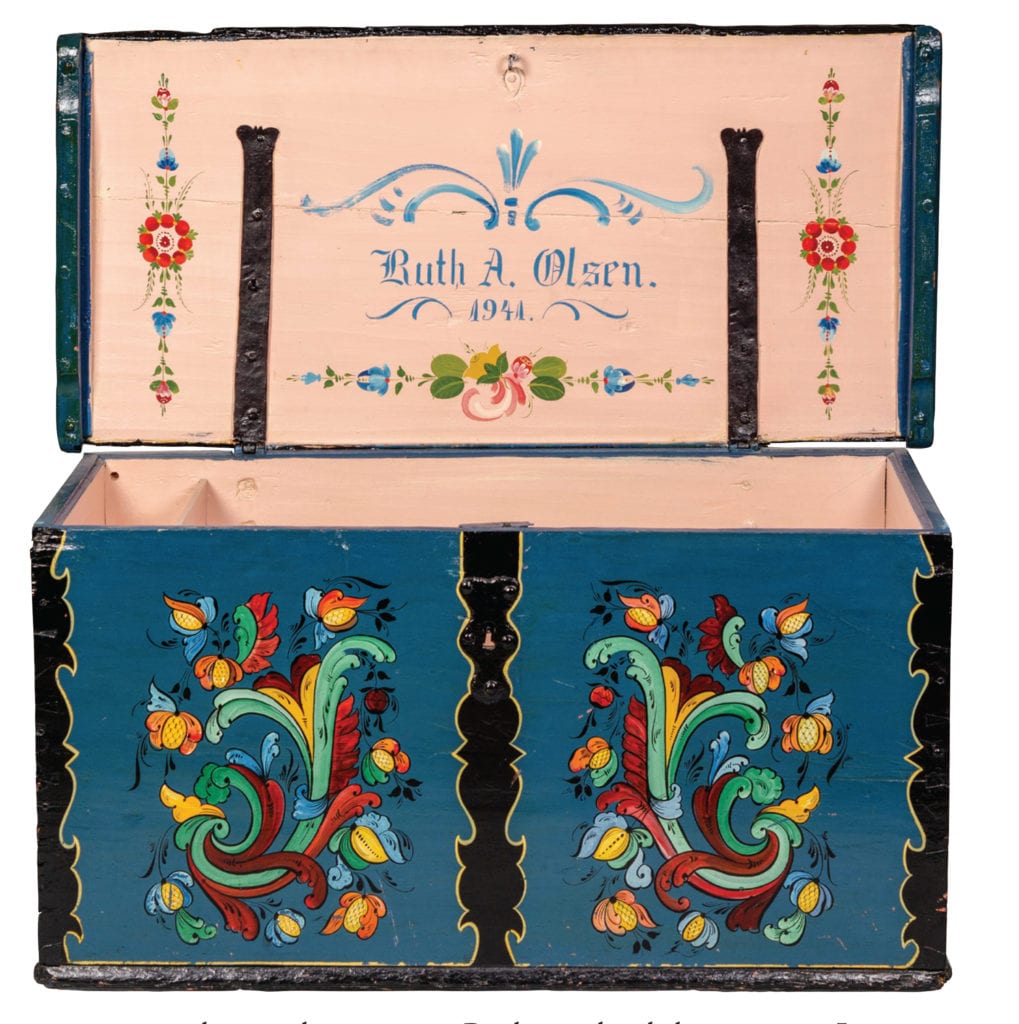