Vesterheim is extremely grateful for the opportunity to gather with Ambassador Krutnes and gives a warm thank you to the entire embassy staff for their hospitality in presenting this wonderful event.

During the event, Ambassador Krutnes said a few words regarding Vesterheim’s important connection to Norway and the role the museum plays in sharing the combined Norwegian and American histories.

She said, “Everything Vesterheim represents speaks to what it means to be Norwegian American. . . . and the most important connection between our nations is our people.”

She spoke about how our connections trace back to the middle of the nineteenth century when large numbers of Norwegians made the perilous voyage across the Atlantic to find a new home. Today, there are about as many Norwegian Americans in the United States as there are Norwegians in Norway.

Ambassador Krutnes said, “This is a point of pride to us. And thanks to Vesterheim, we have an enduring record of that time and place.”

Ambassador Krutnes also expressed the importance of Vesterheim’s Folk Art School in keeping traditions alive. She said, “By keeping these traditions alive, Vesterheim maintains those vital connections between our cultures. My hope is that children who grow up learning about Norway’s and the United States’ shared past will become adults excited about our shared future, and the present and future importance of the transatlantic relationship for our common values and freedom.”

Thank you, Ambassador Krutnes, for these inspiring words and for highlighting Vesterheim’s role in American and Norwegian connections.
Photos by Karen Sayre. 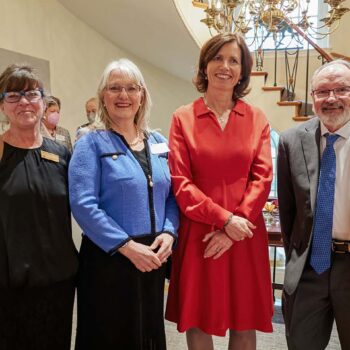 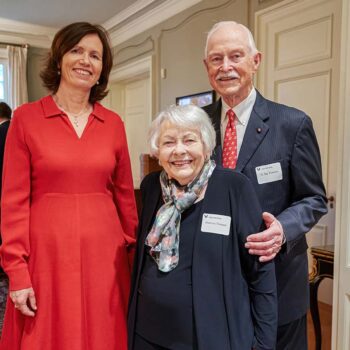 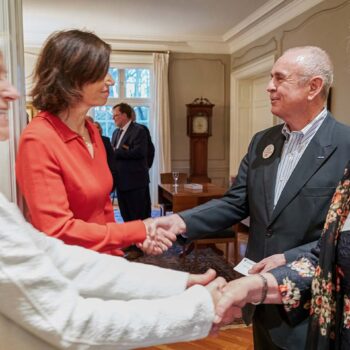 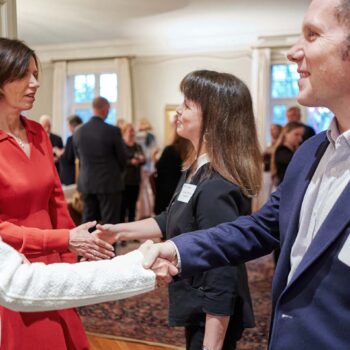 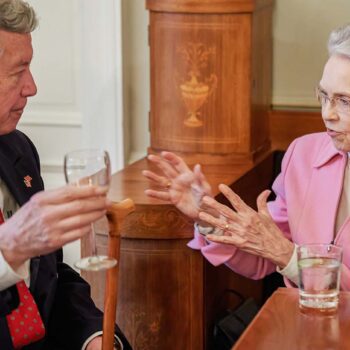 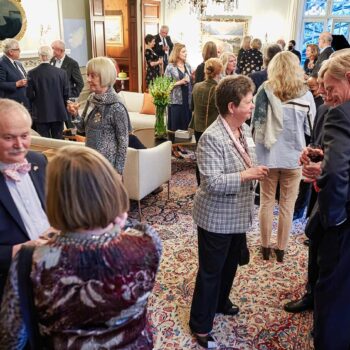 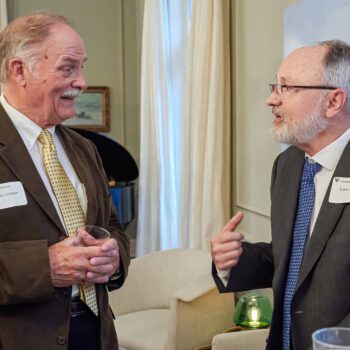 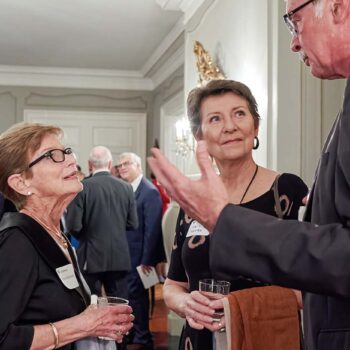 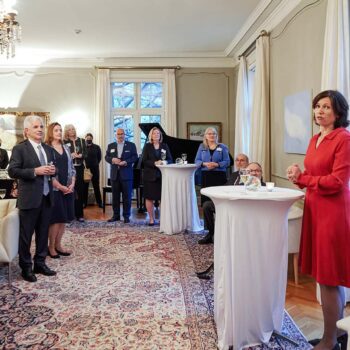 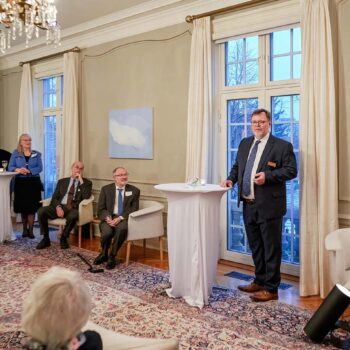 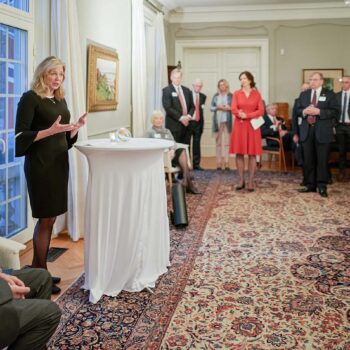 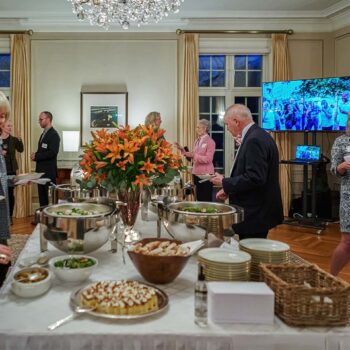 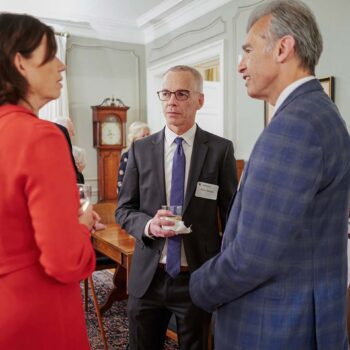 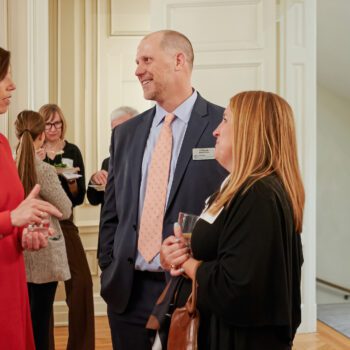 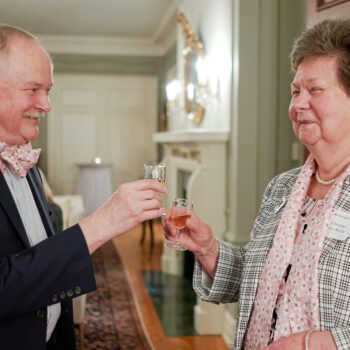 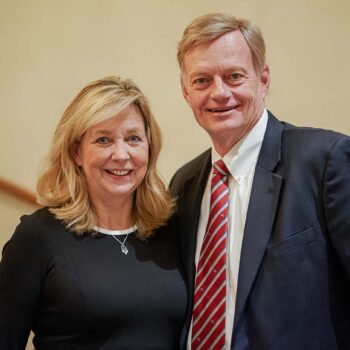 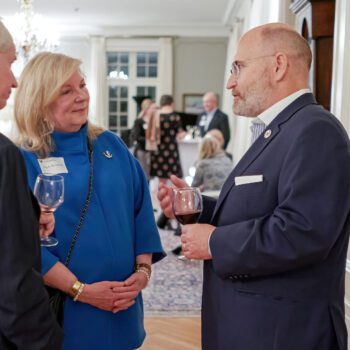